Anish Kapoor at Taimiao
Beijing, 2019
Anish Kapoor
Kapoor’s first solo museum show in China, divided between two locations, presented some of the artist’s most significant and celebrated works of his last thirty-five years. Just outside the walls of The Forbidden City, at the Taimiao Art Museum of the Imperial Ancestral Temple, the largest ancient palatial structure in the world. Kapoor addressed the architecture and spiritual history of the 600-year-old site, reflecting and engaging with the spaces through a series of stainless steel and pigment sculptures.

The central atrium of the building presented two of Kapoor’s mirrored steel works S-Curve (2006) and C-Curve (2007), which morph from concave to convex, bending and twisting their surroundings, turning the world upside down before restoring order and revealing a clear reflection of the visitors.
Inhabiting the two galleries flanking the central Temple, a seminal series of raw pigment sculptures were shown, including his innovative early pigment series 1000 Names (1979-1982). 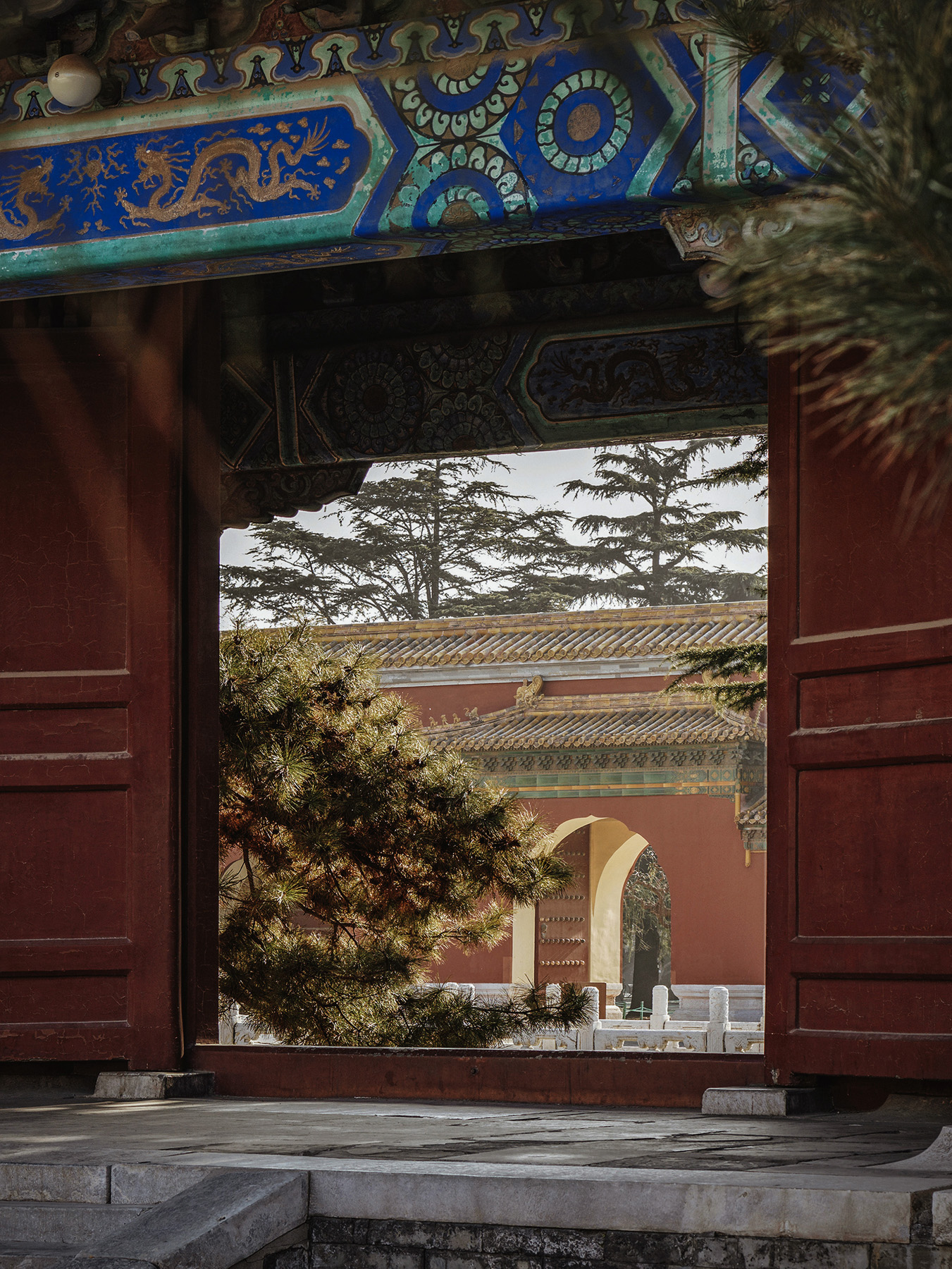 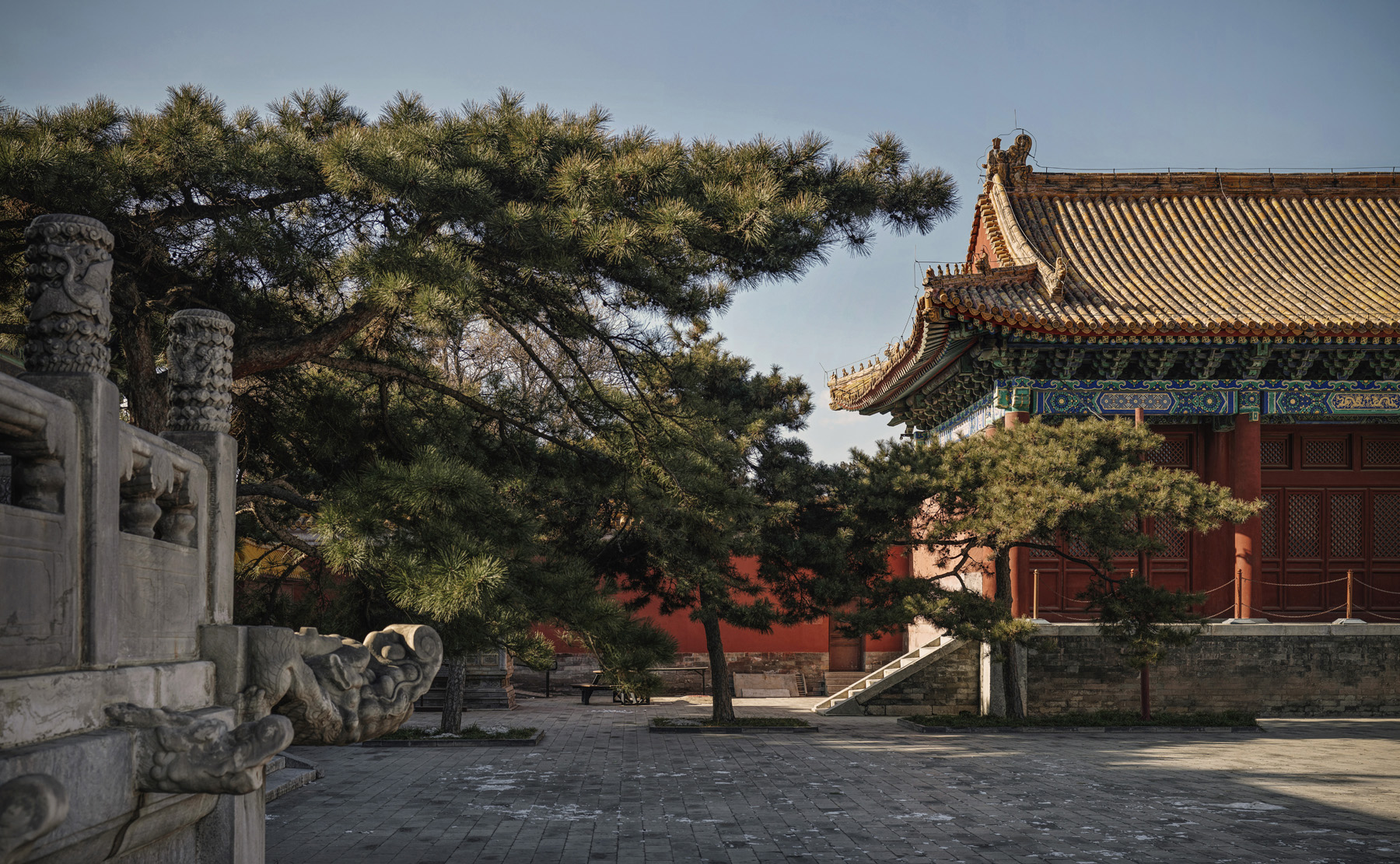 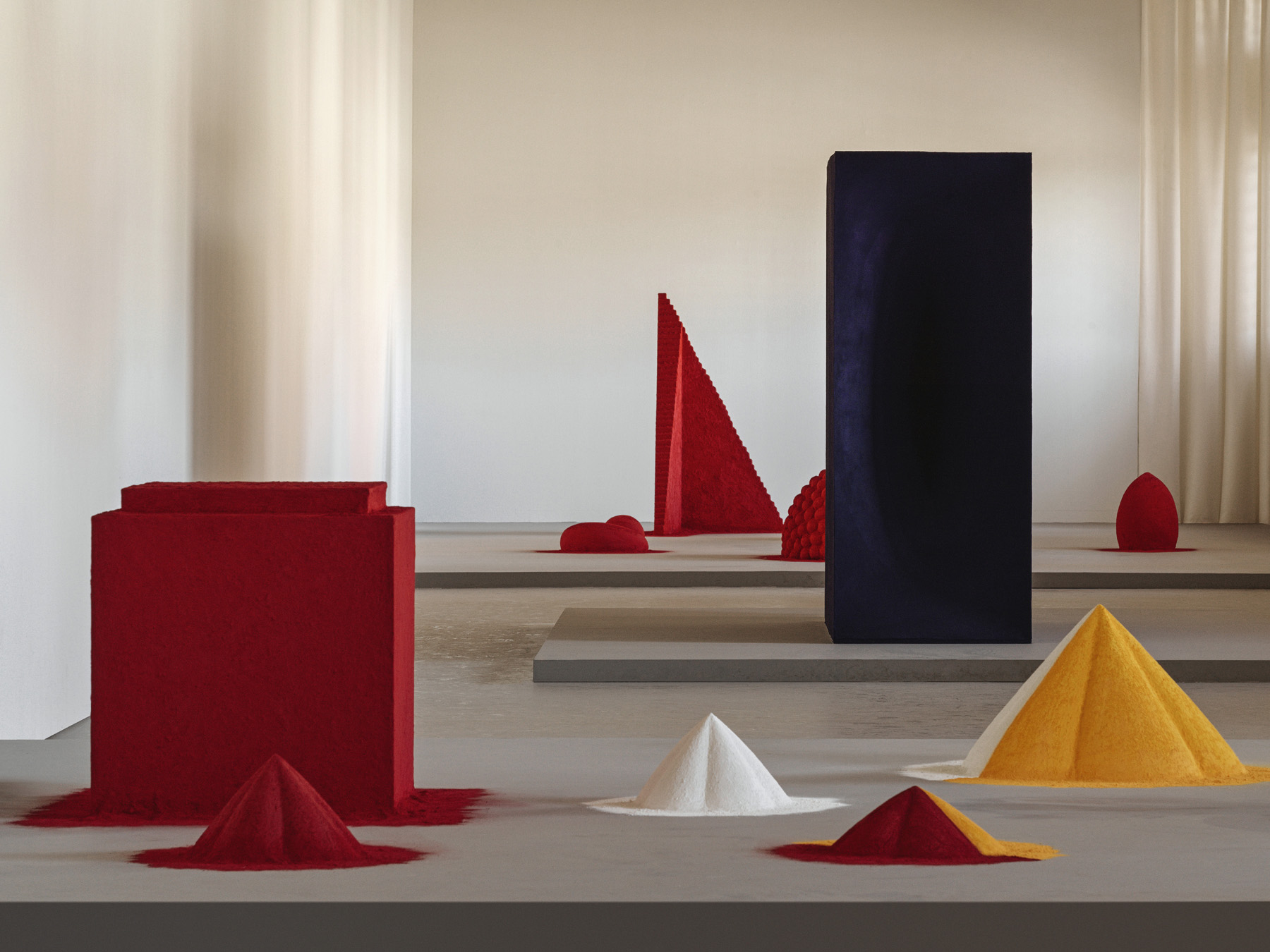 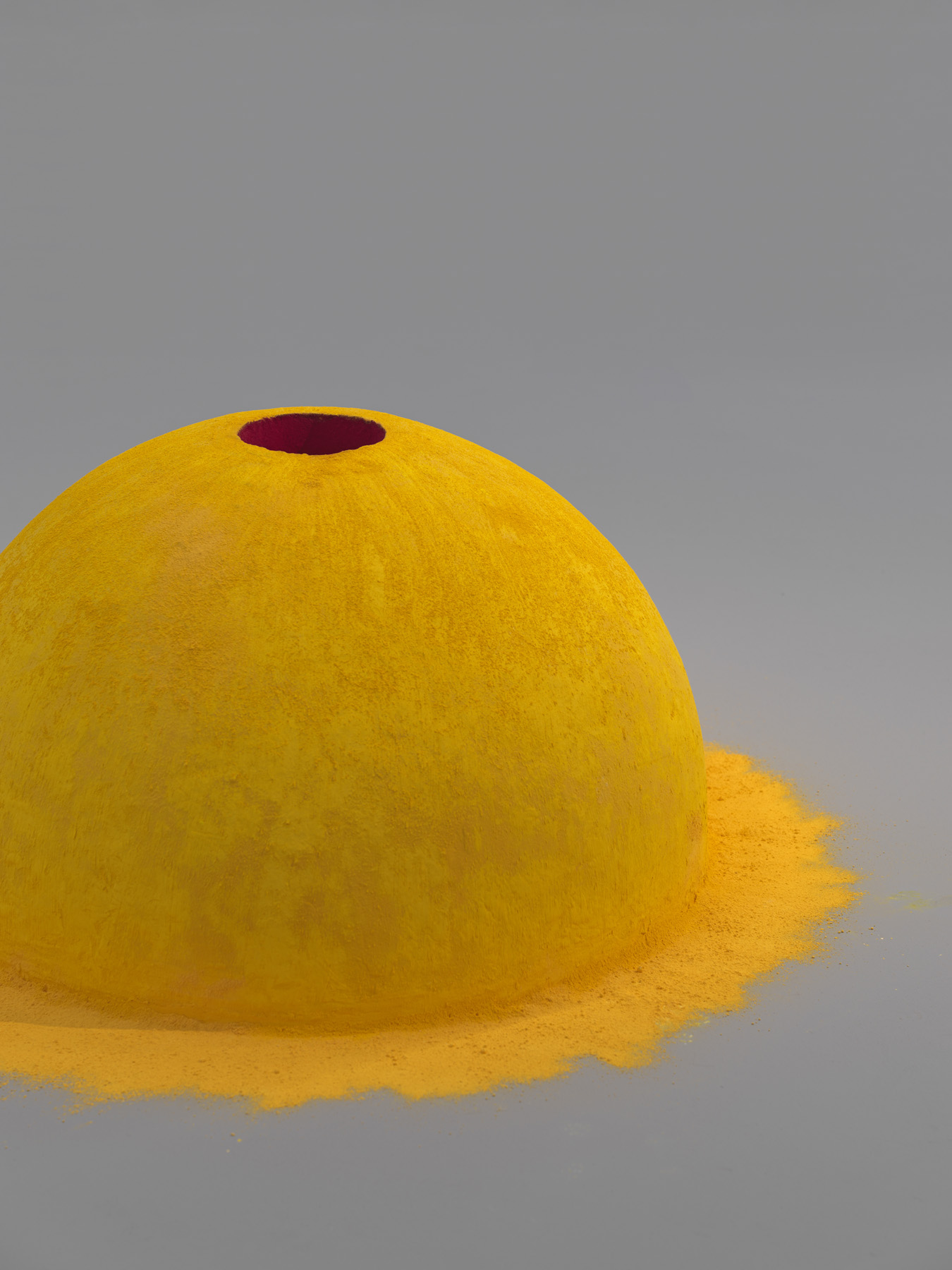 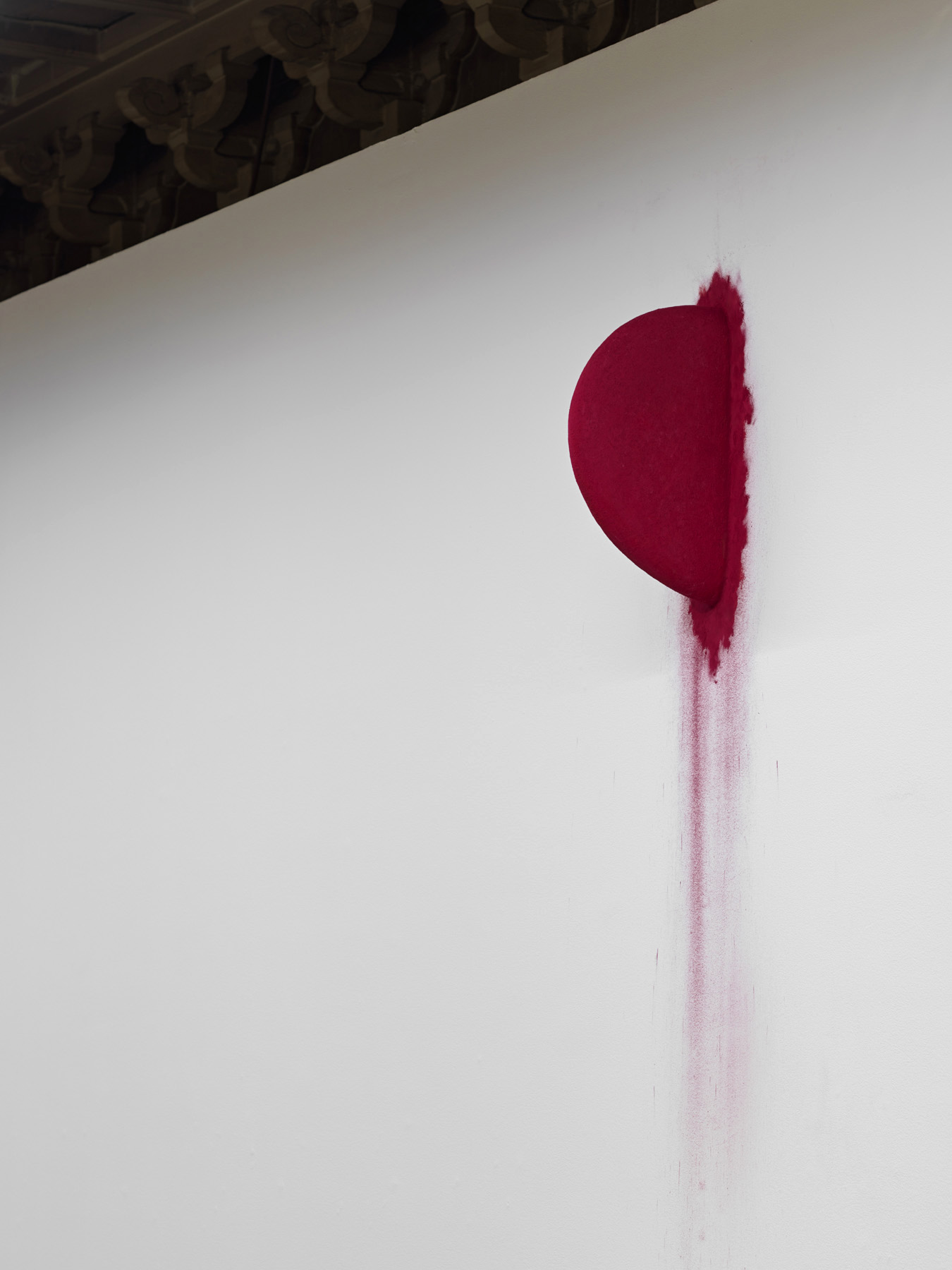 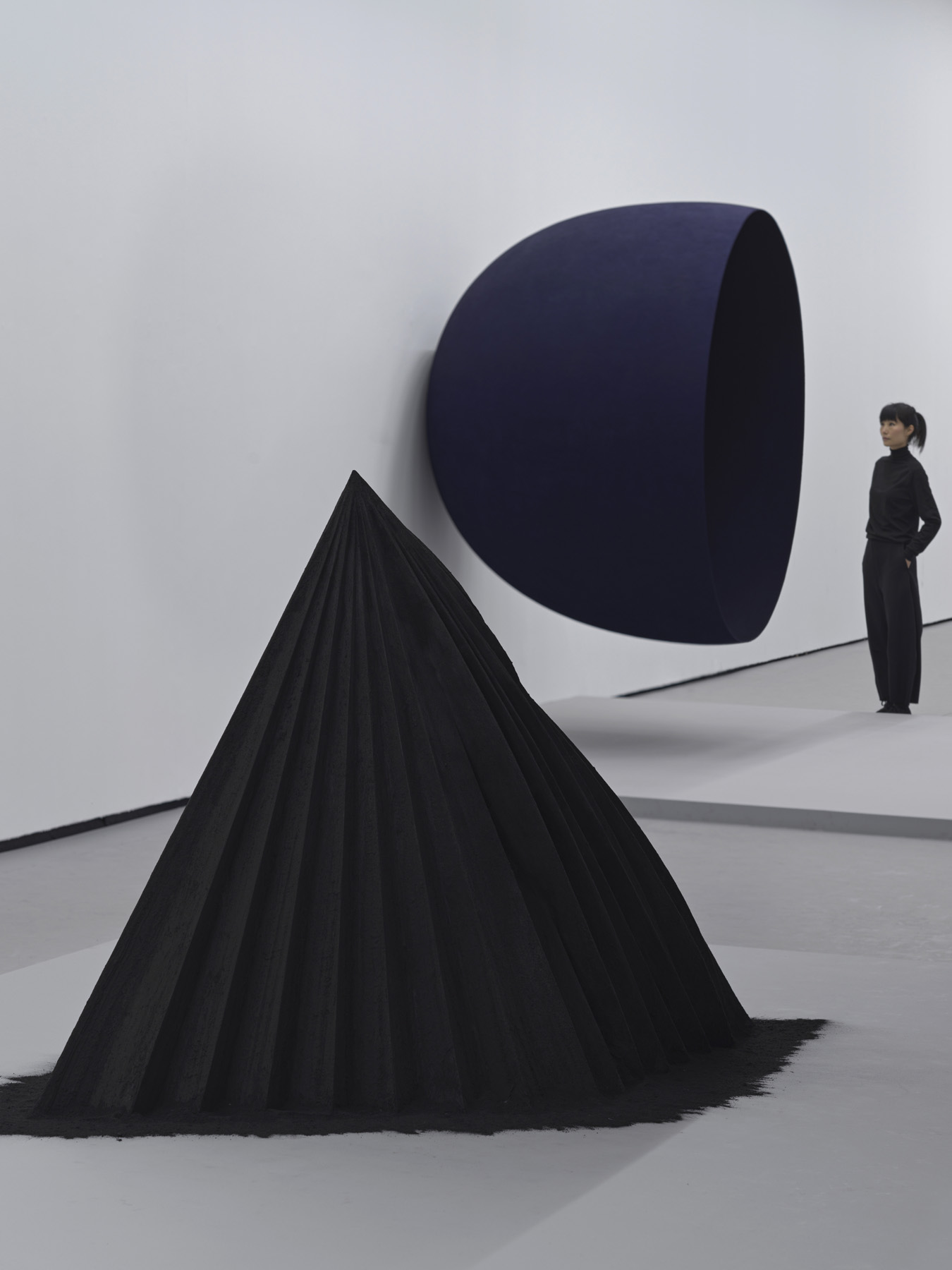 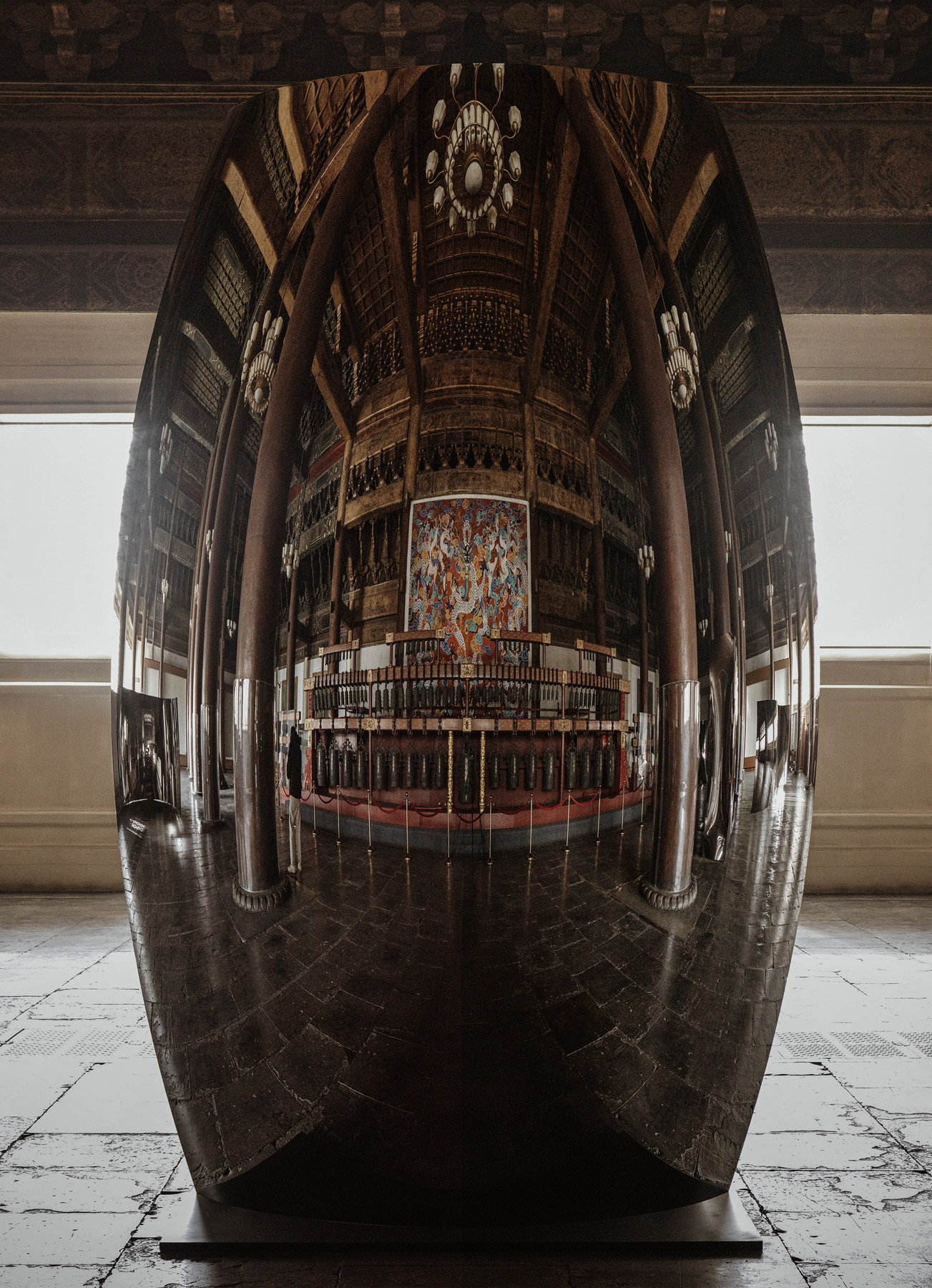 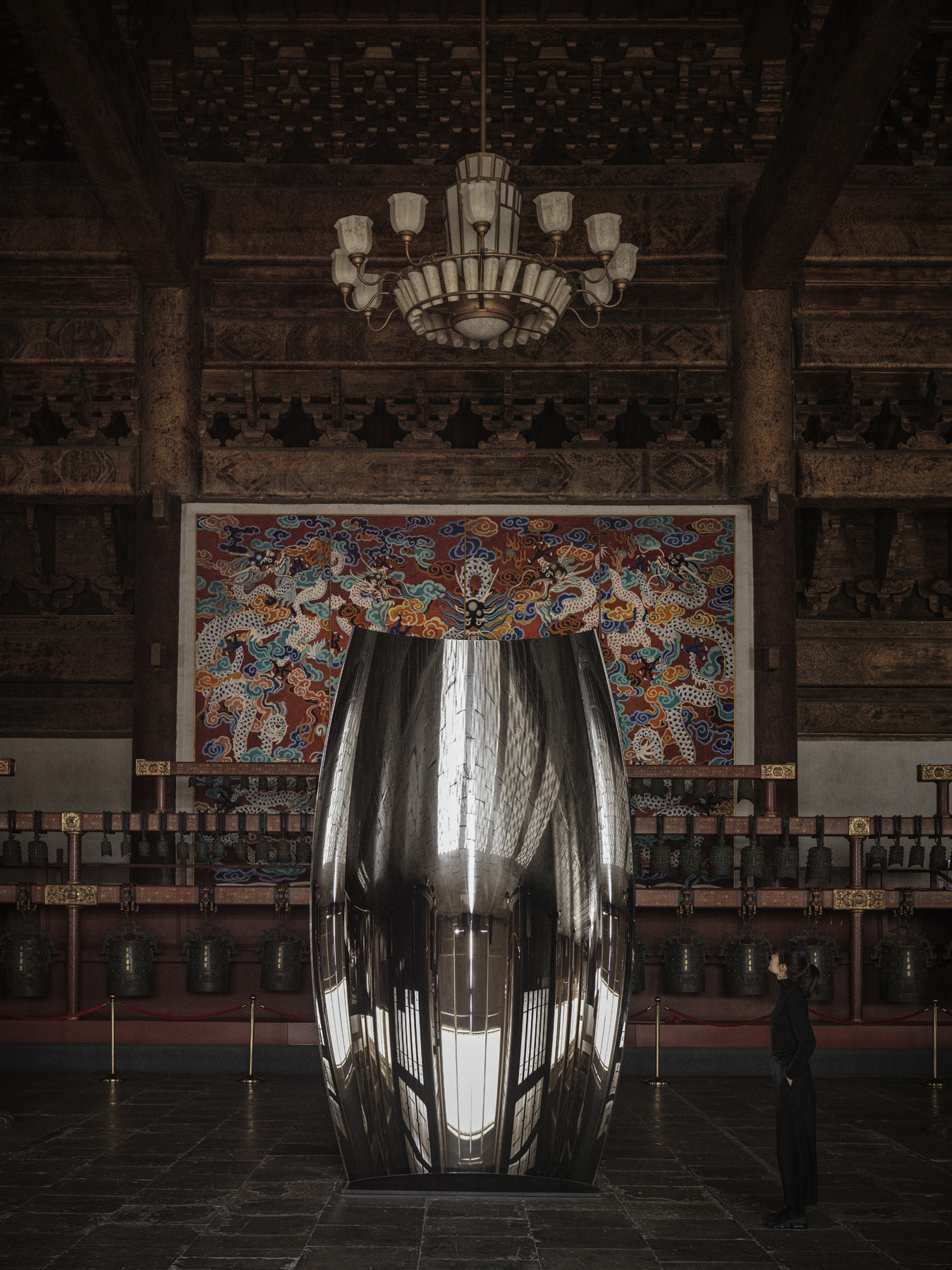 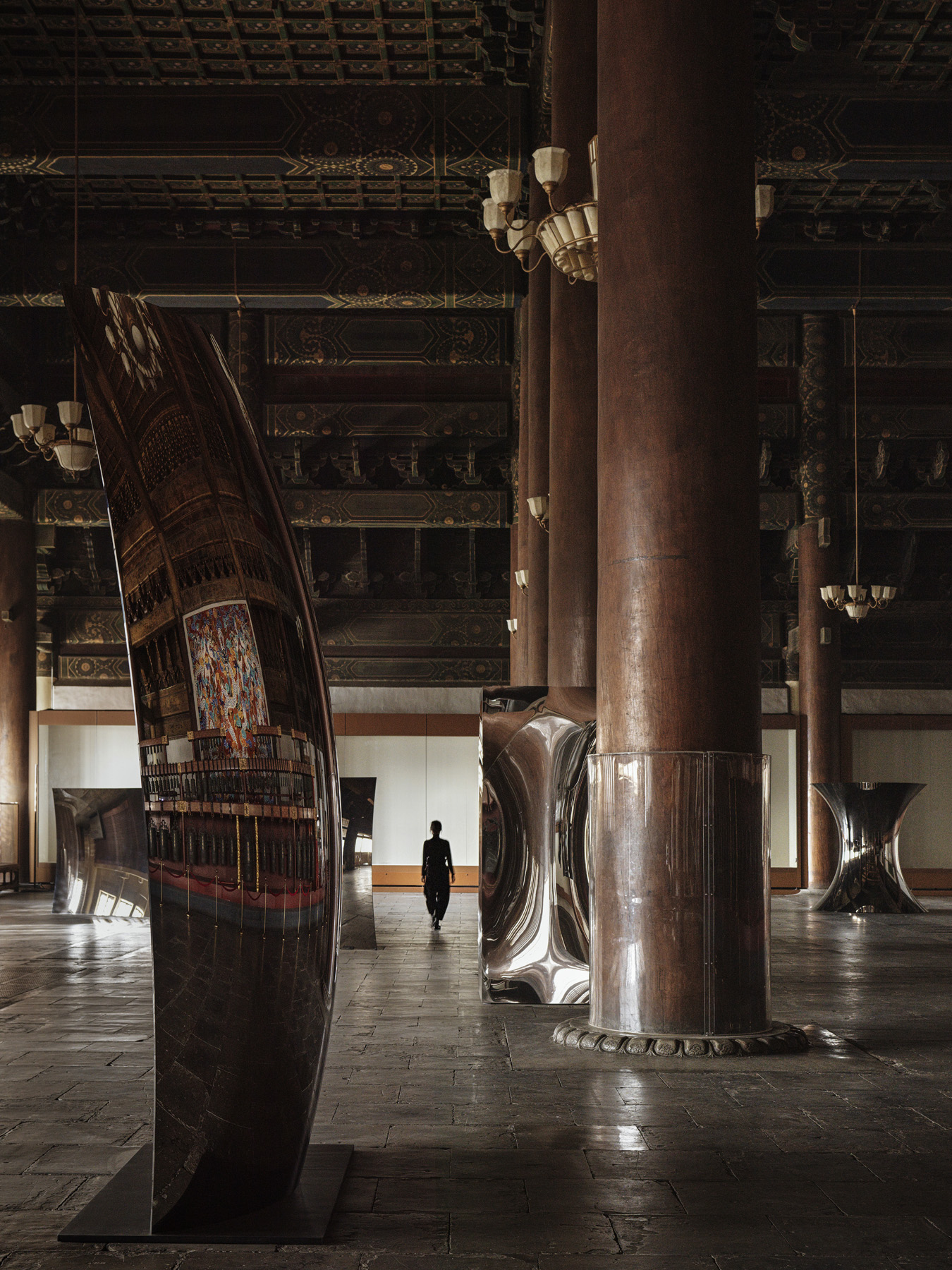 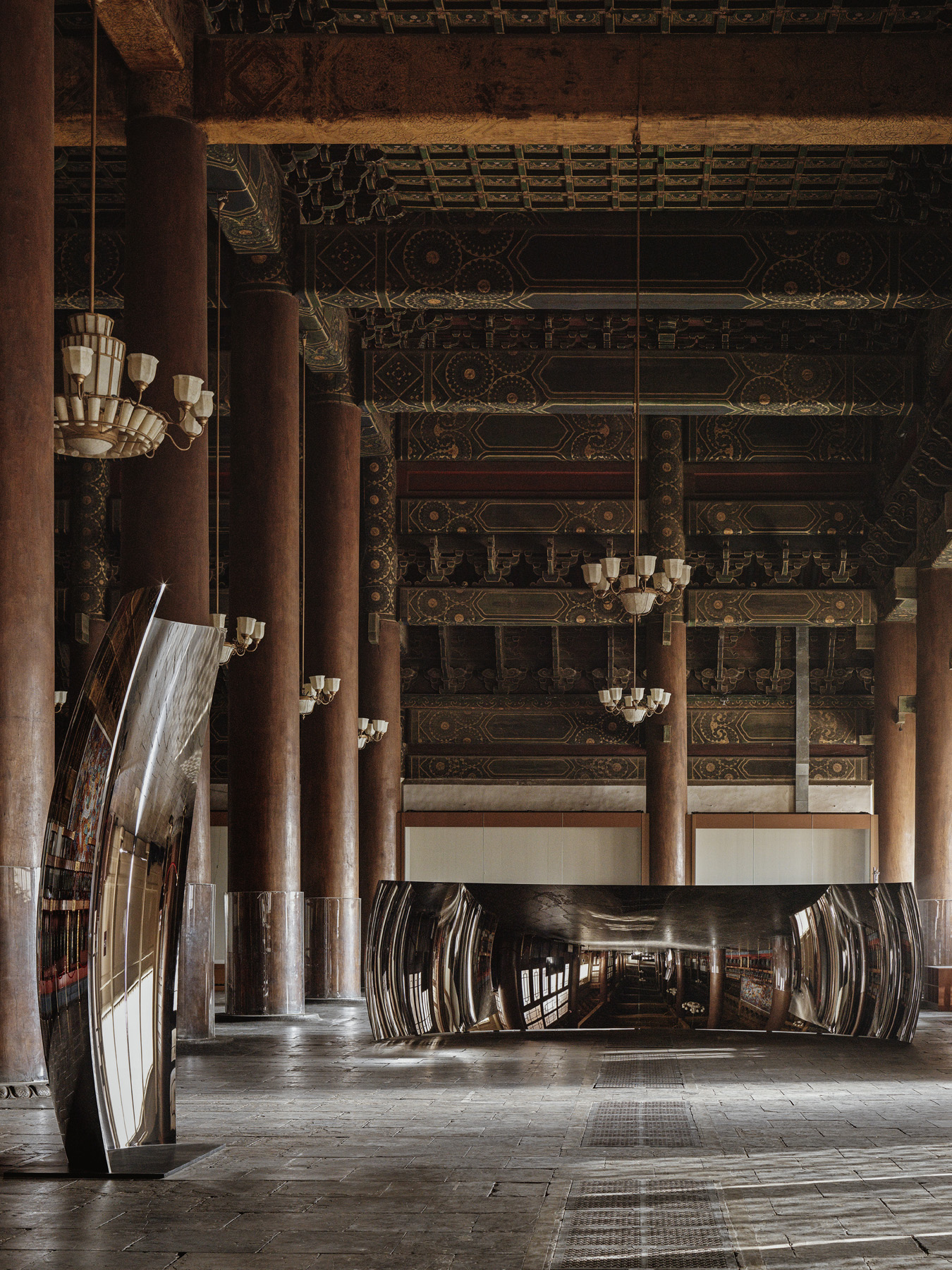 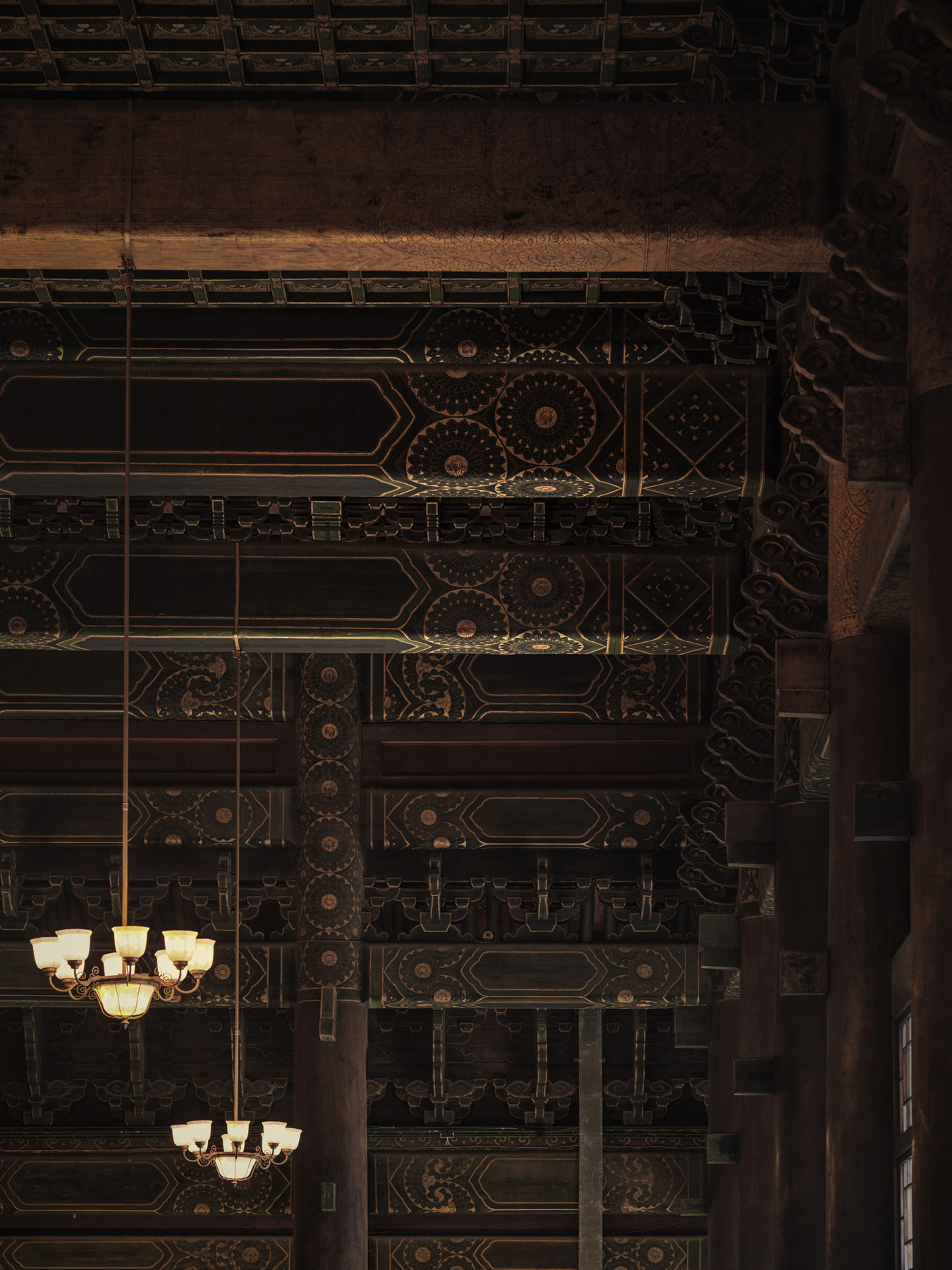