Visitors were first greeted by Symphony for a Beloved Sun (2013), transforming the central atrium of the museum into a landscape activated by a machine calmly processing masses of aggregating material. The work deposits bricks of red wax along several ascending conveyor belts, before plummeting into a molten heap of their own making. This system – watched over by a vast, red sun that hovers above the scene – takes place with no evident human interaction; the artist’s hand is replaced by a seemingly autonomous, invisible machine that allows the viewer an opportunity to commune directly with the mysterious entity, giving rise to a subjective experience. 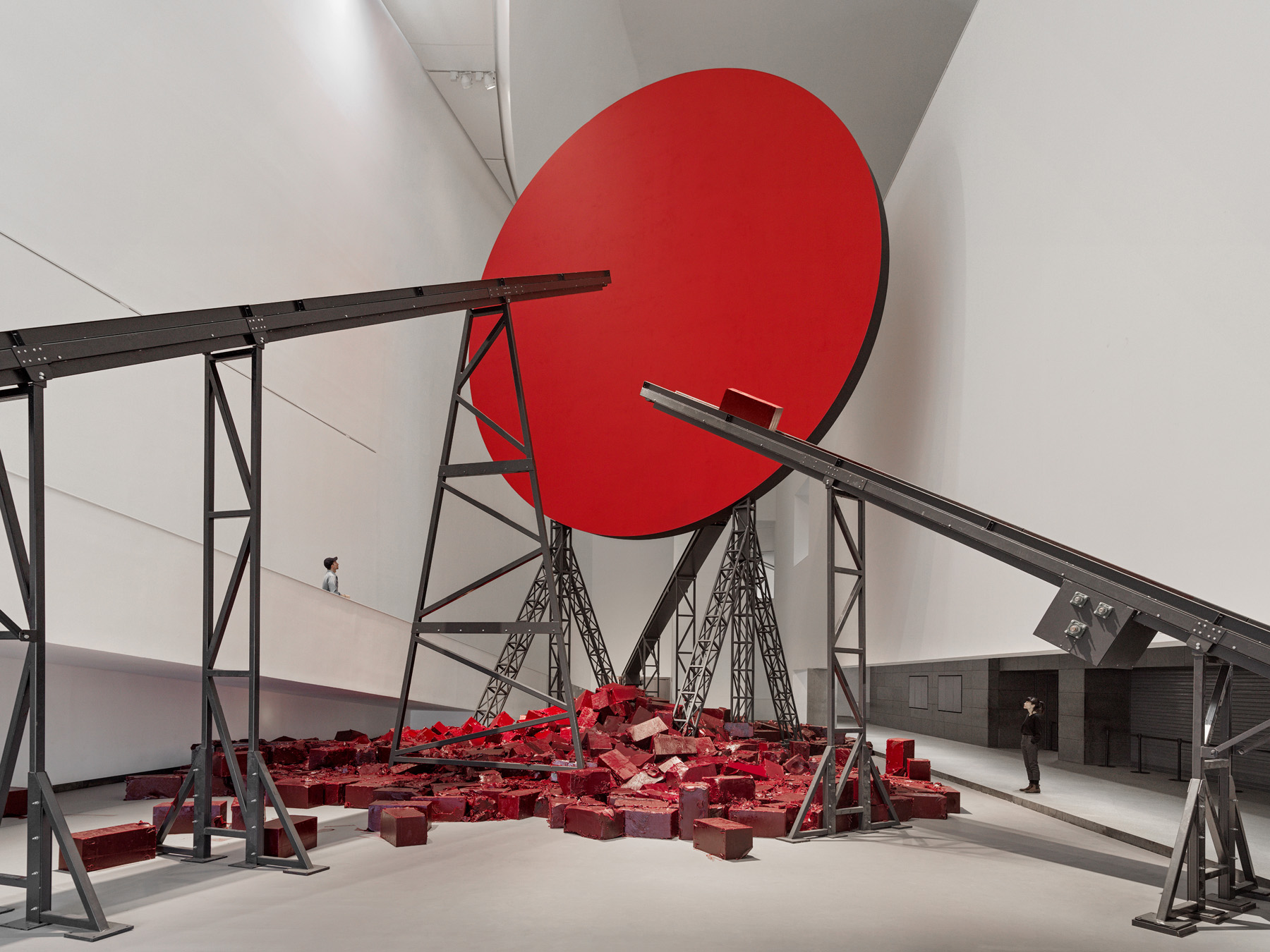 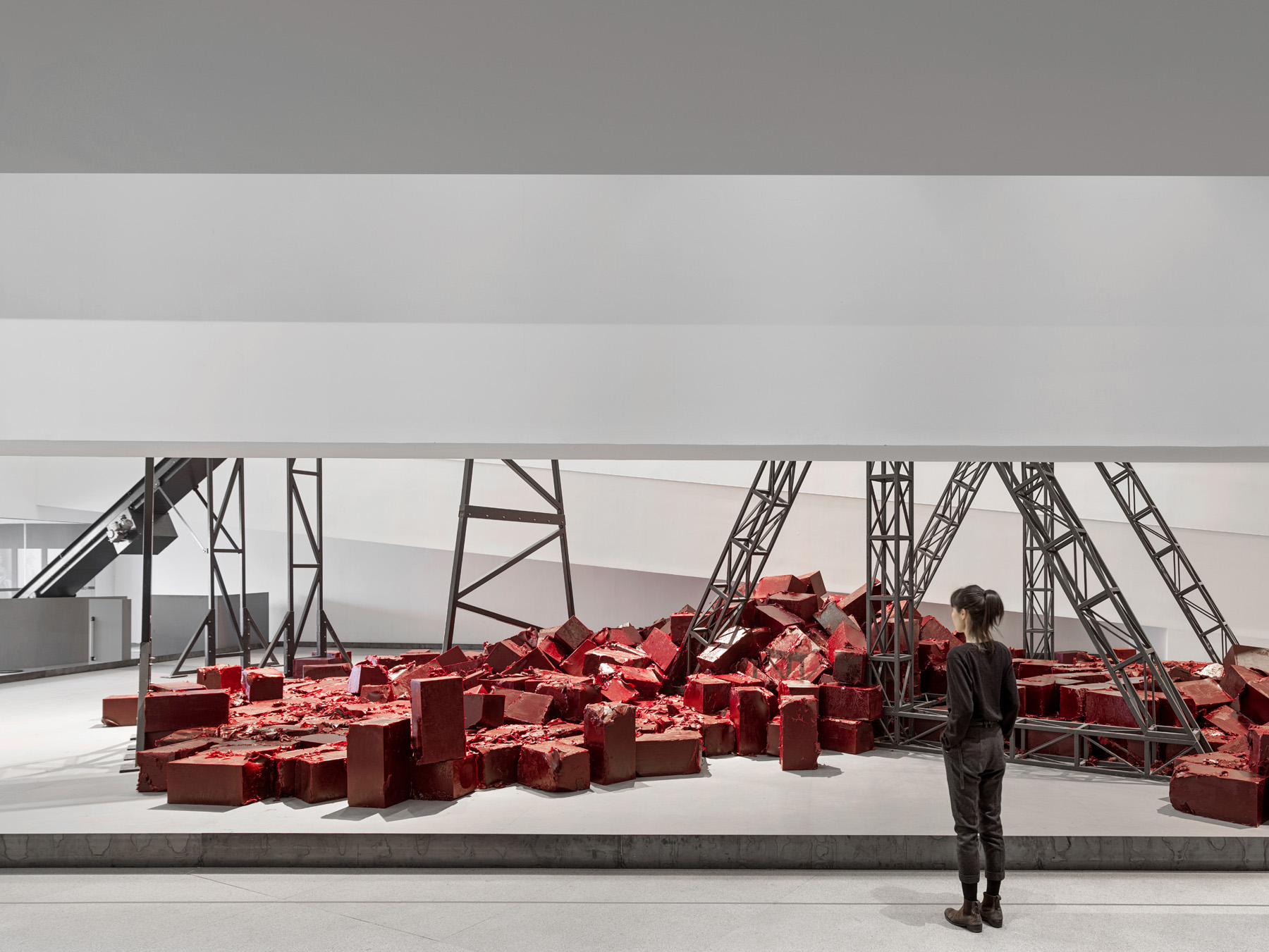 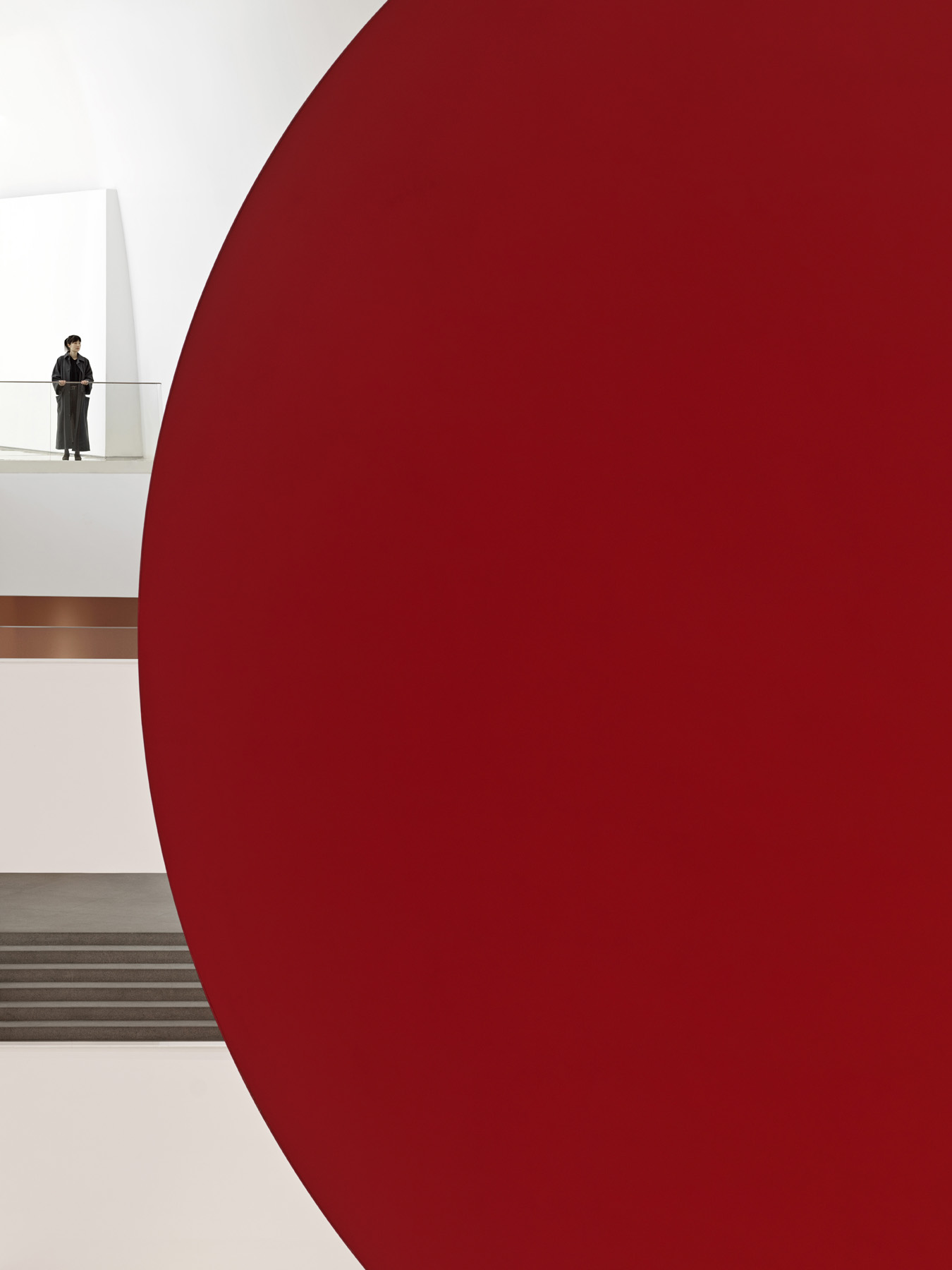 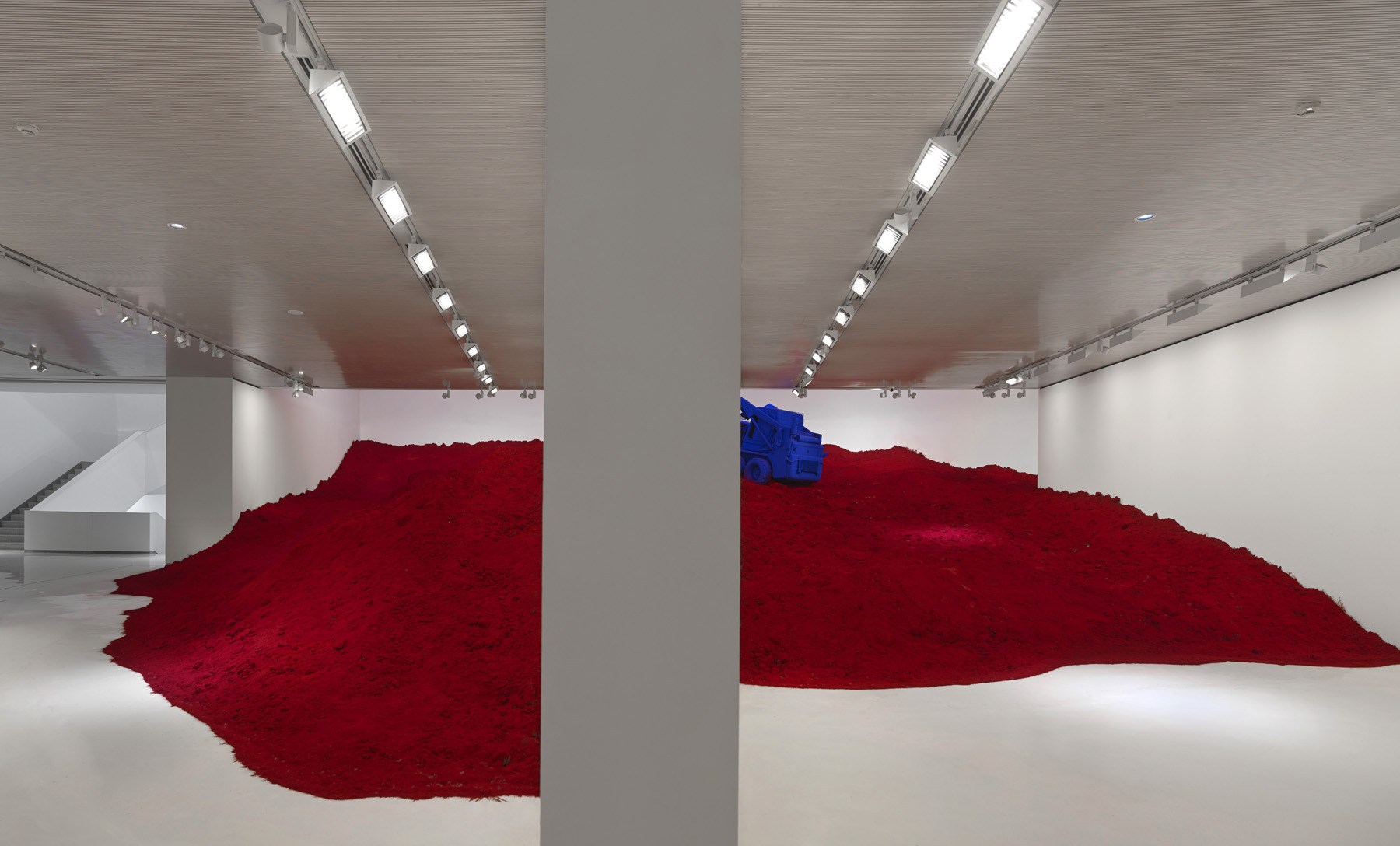 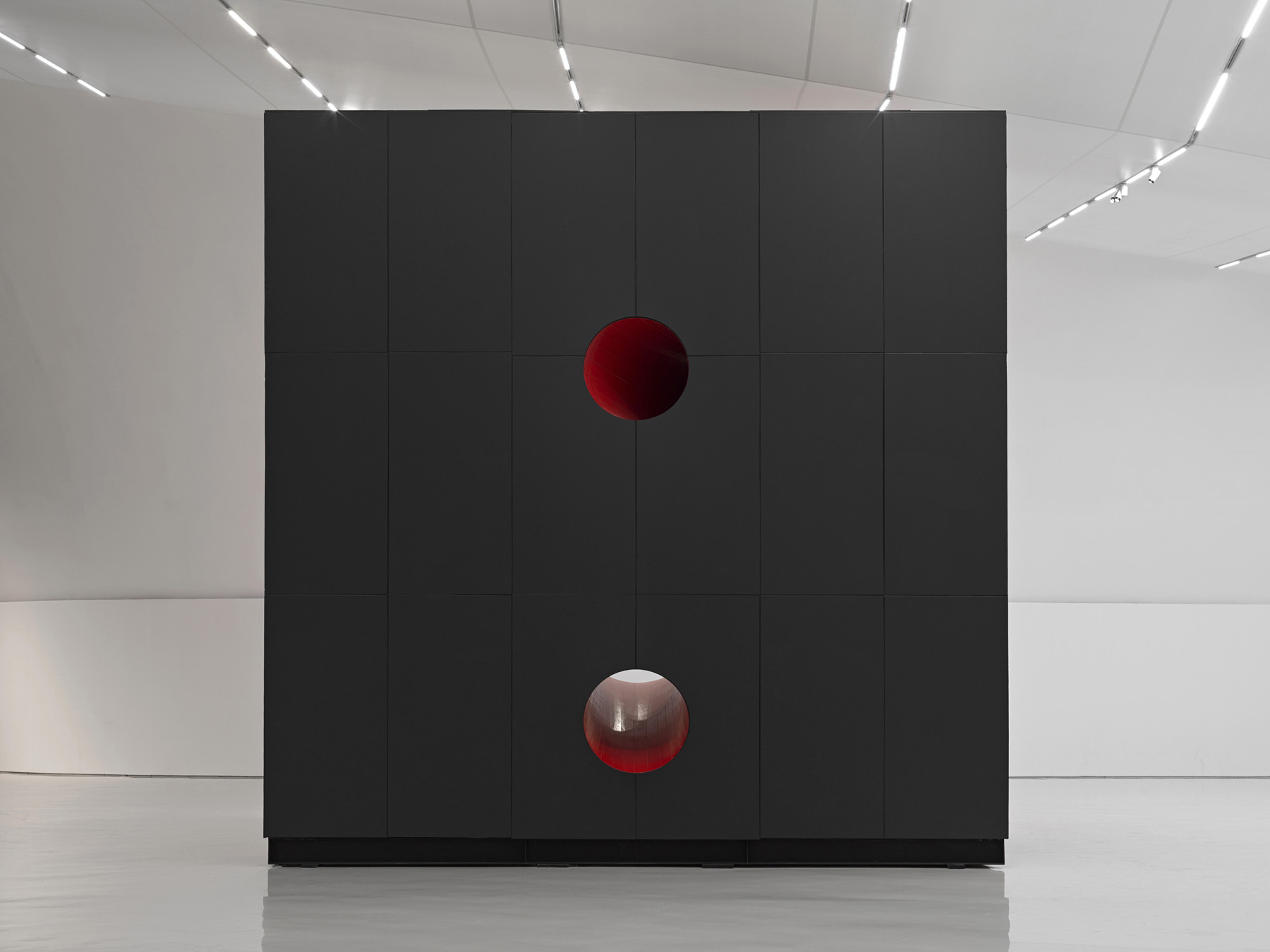 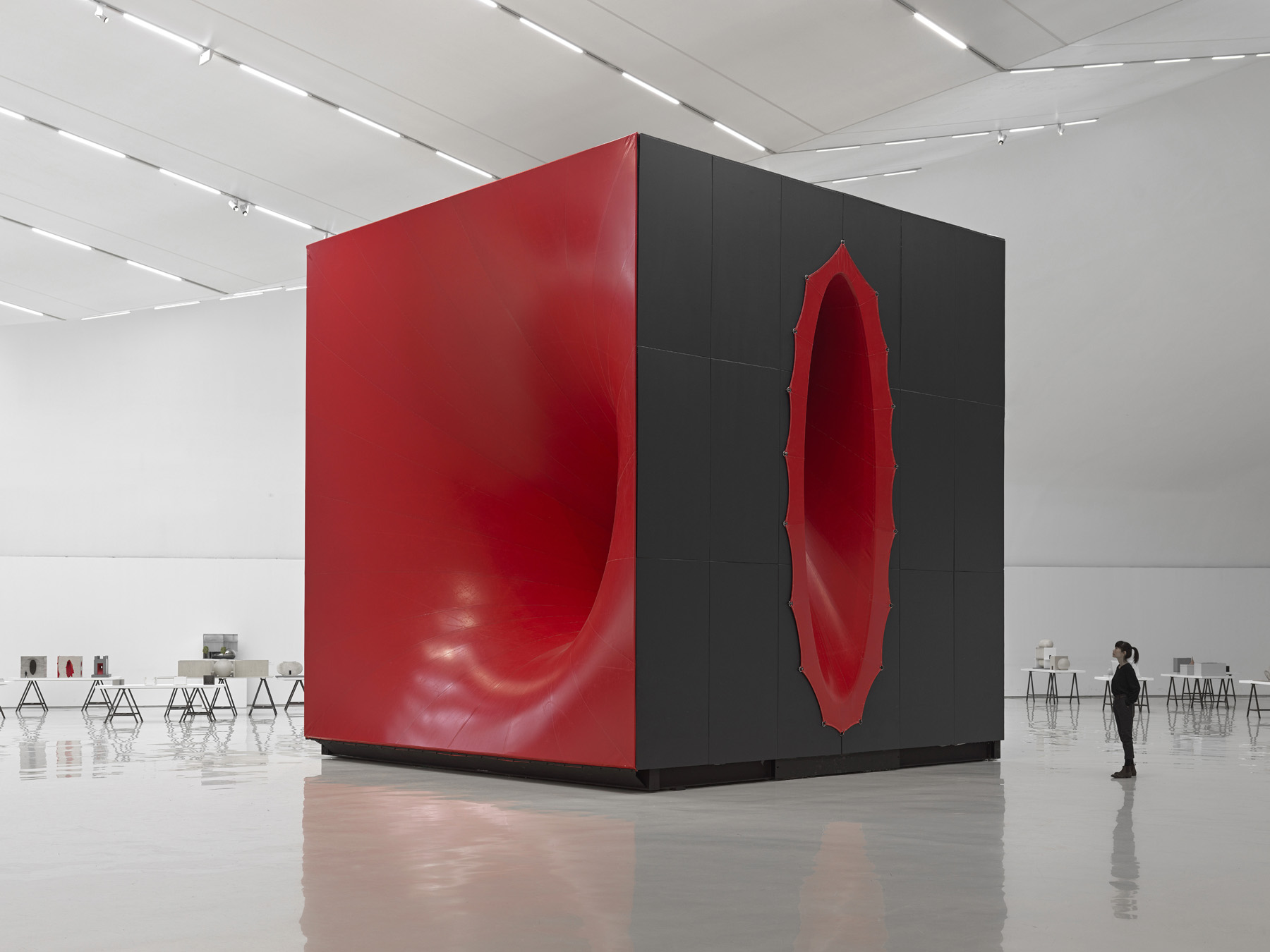 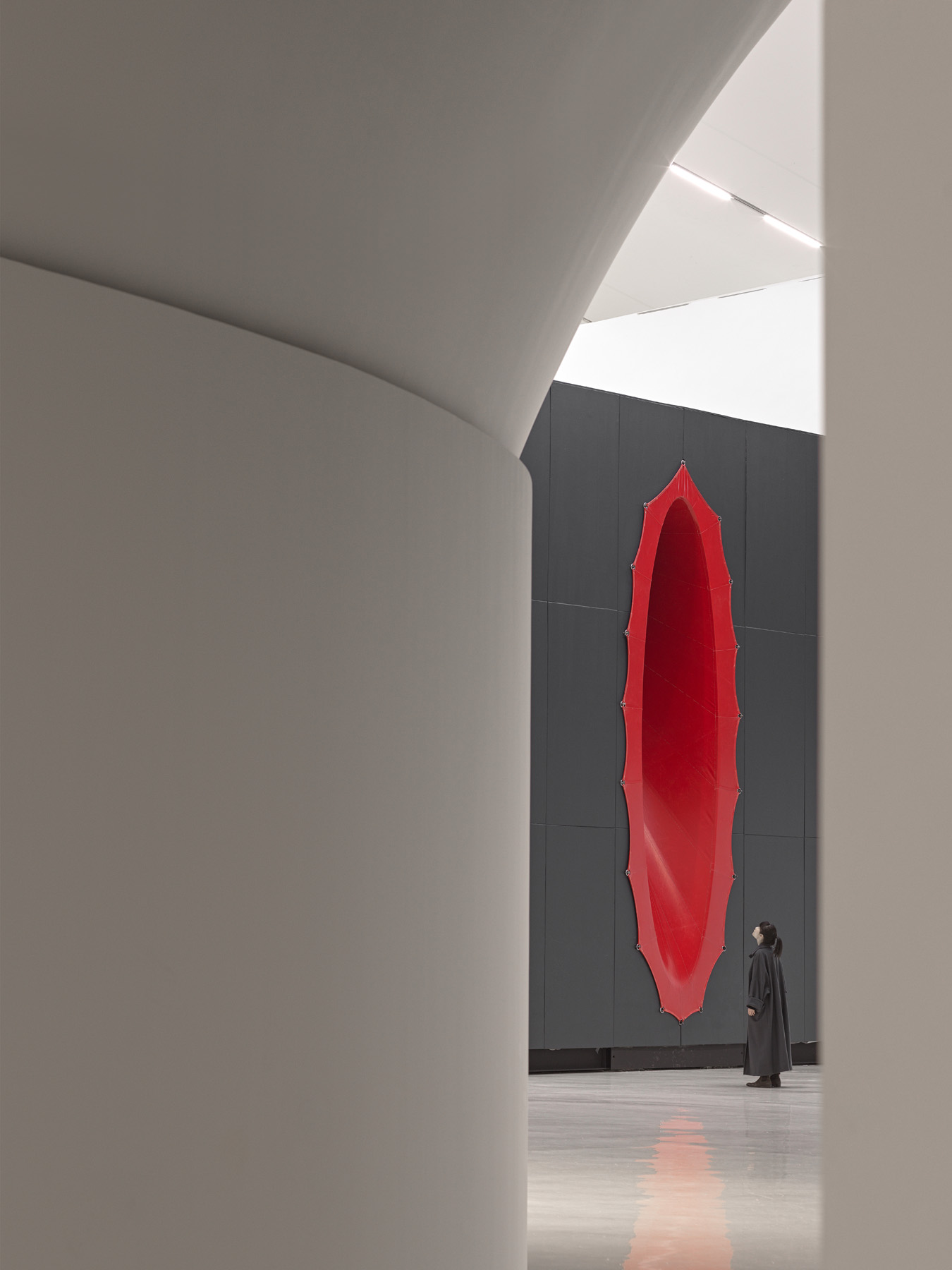 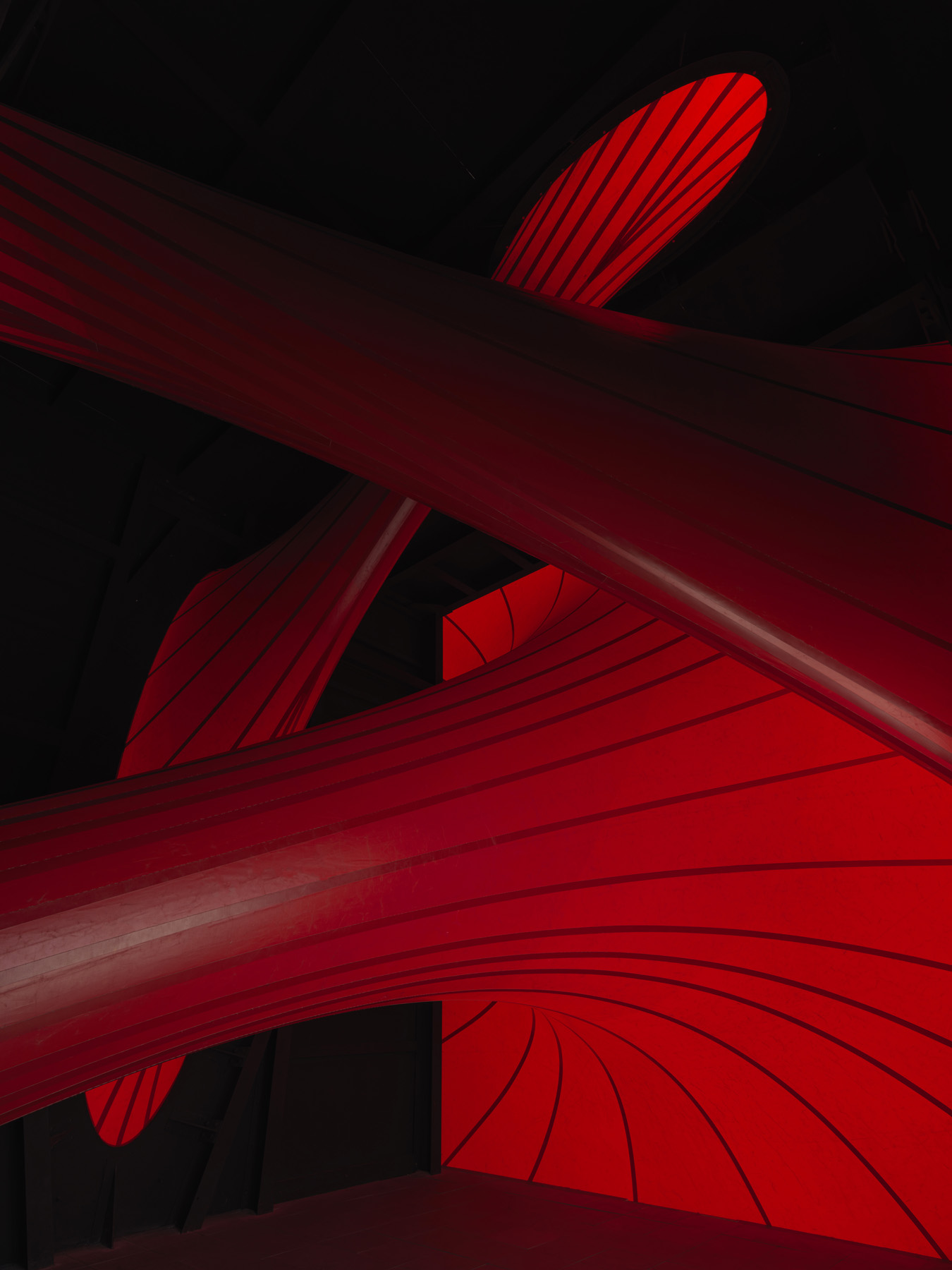 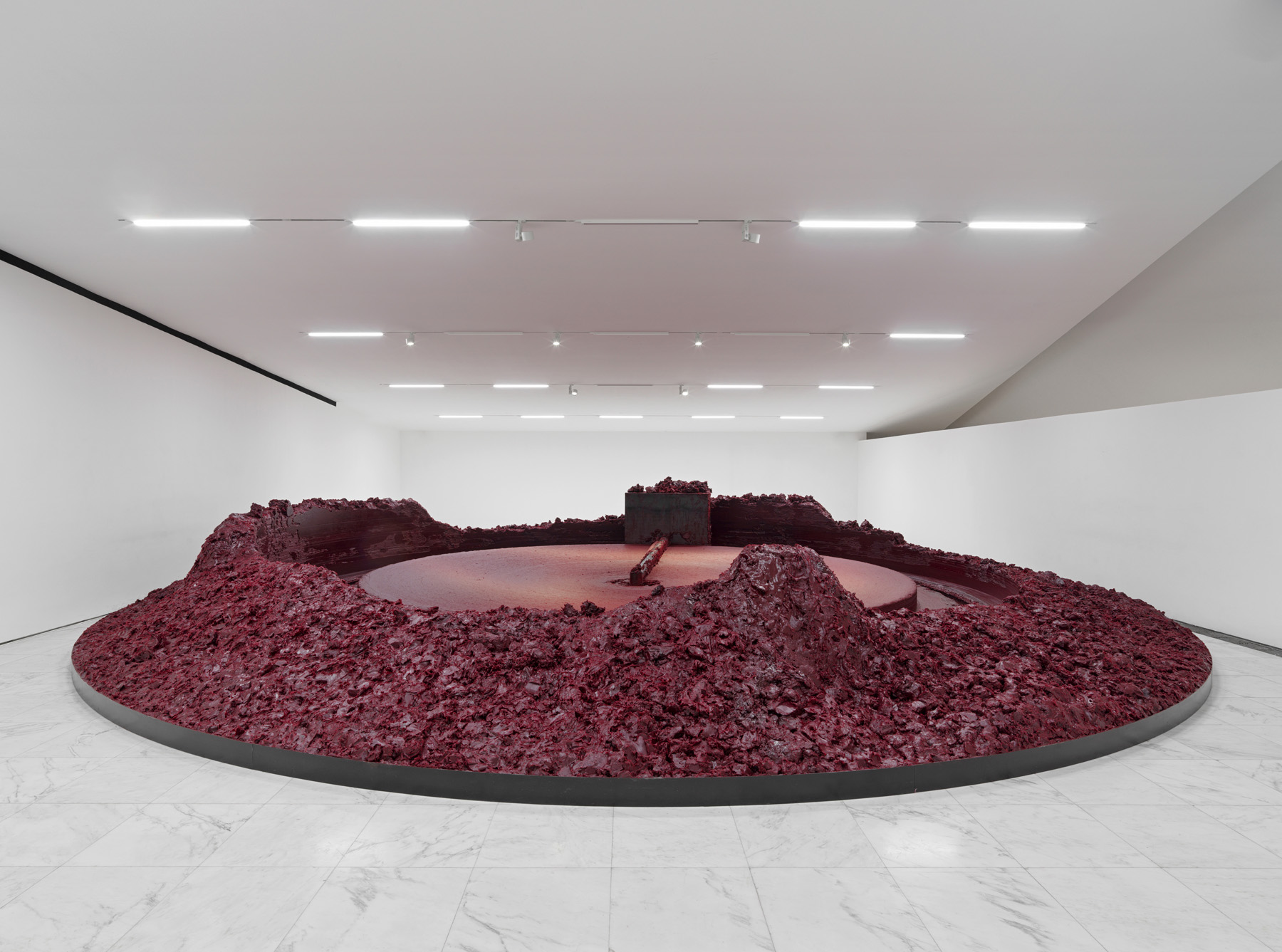 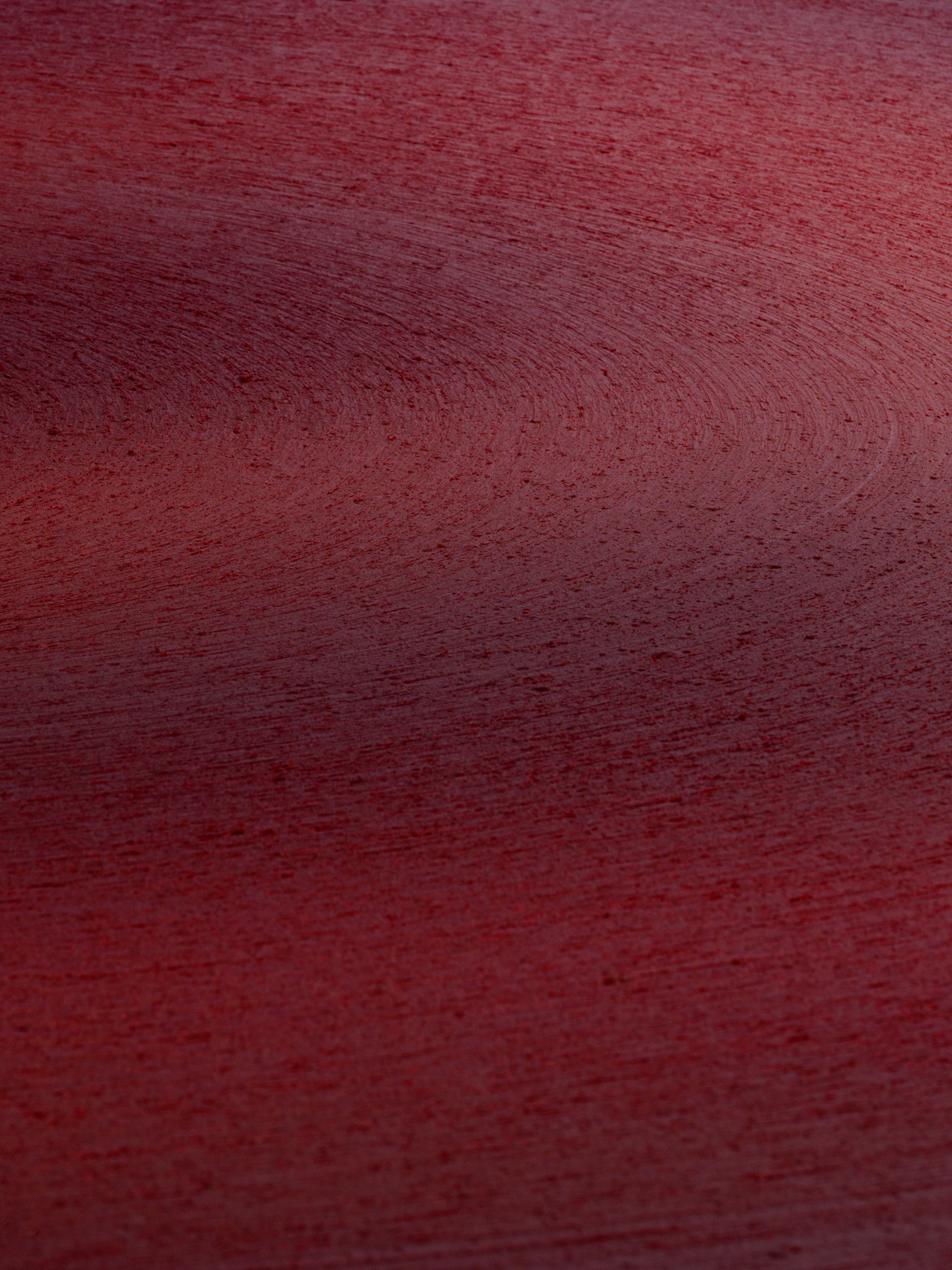 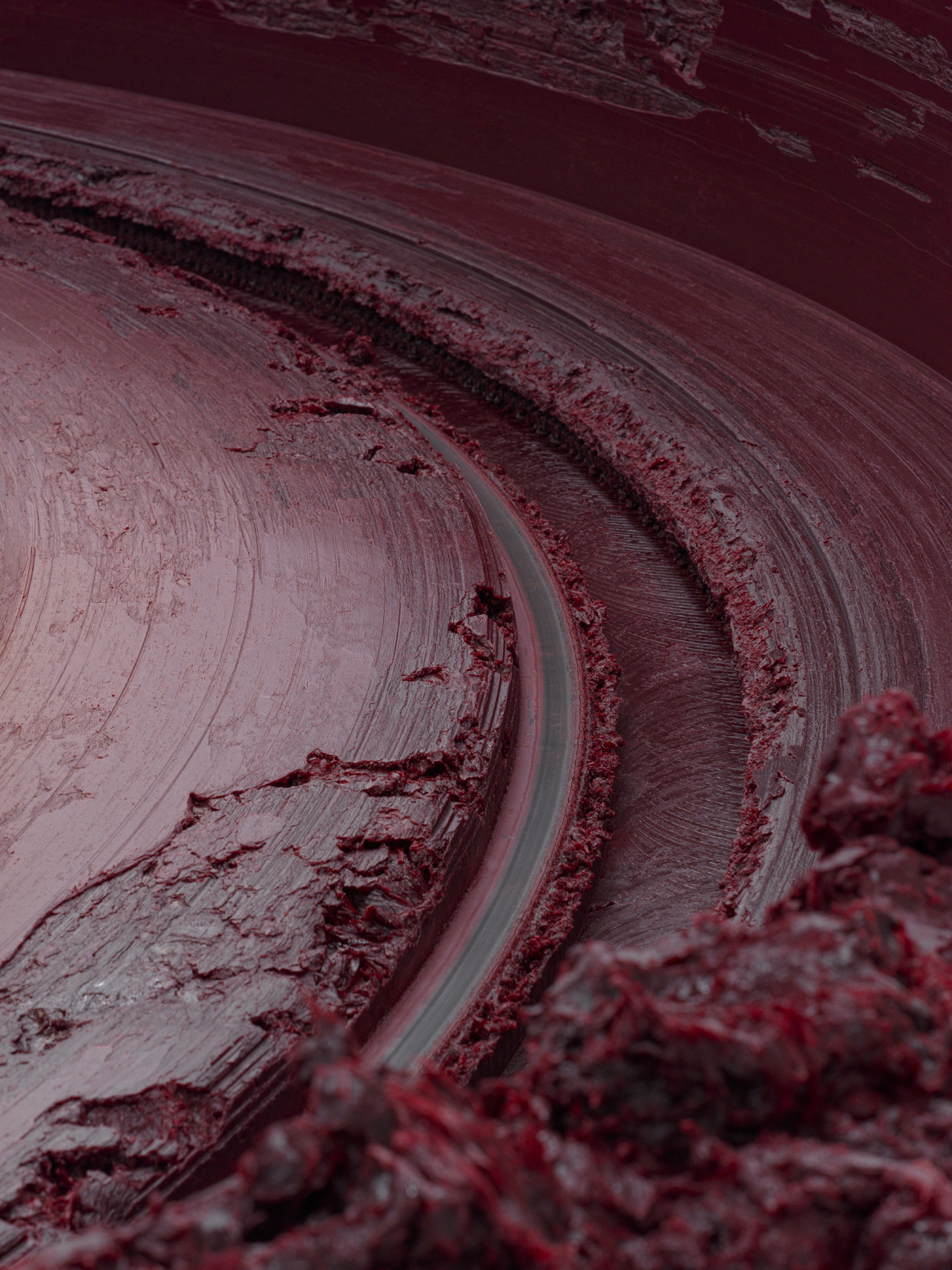