Hakka Triangle House
Guangzhou, 2019
Team Bldg
Located in Conghua district, on the outskirts of Guangzhou city, this community centre offers nearby residents a place to gather, socialise in the cafe or read in the library. The building is tied to its location, with a concept and form that refers to the traditional local housing typology named “Wei Long Wu” or “Long Wu” for short, meaning “round dragon housing".

“Long Wu” is a variation of Hakka architecture, mostly found in Guangdong province and is a common form of traditional clan housing. Often using rammed earth for its outer walls to enclose inner housing which forms multiple concentric semi-circular structures, all which have distinct zones and functions. For this community centre, the design adopts a contemporary composition to contrast the traditional layout of Hakka architecture. The geometric space is transformed from multiple concentric semi-circles into triangles. The frames repeat and the overall scheme emphasises depth of field. The resulting configuration creates a visual sensation of layers whilst maintaining an open space. 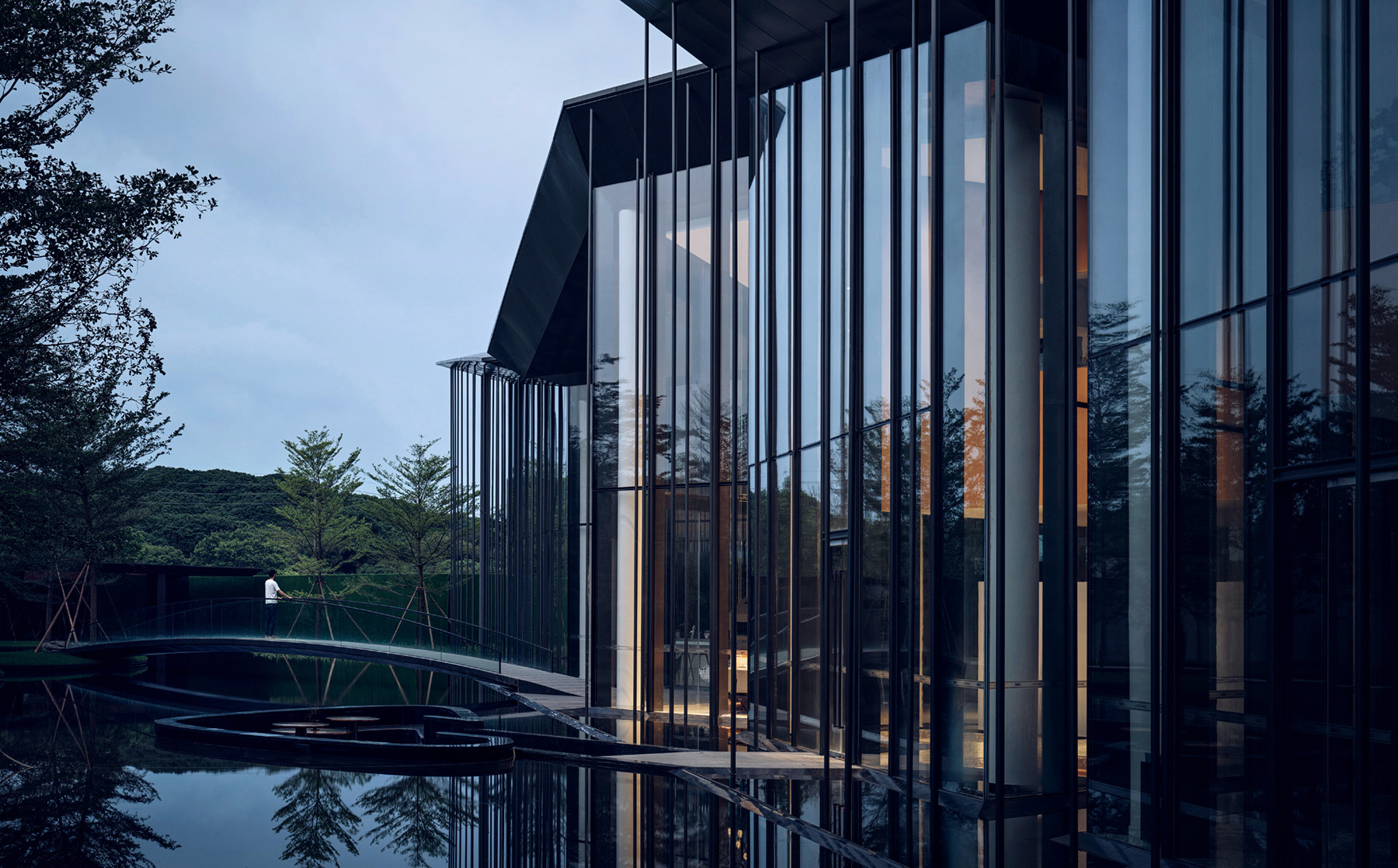 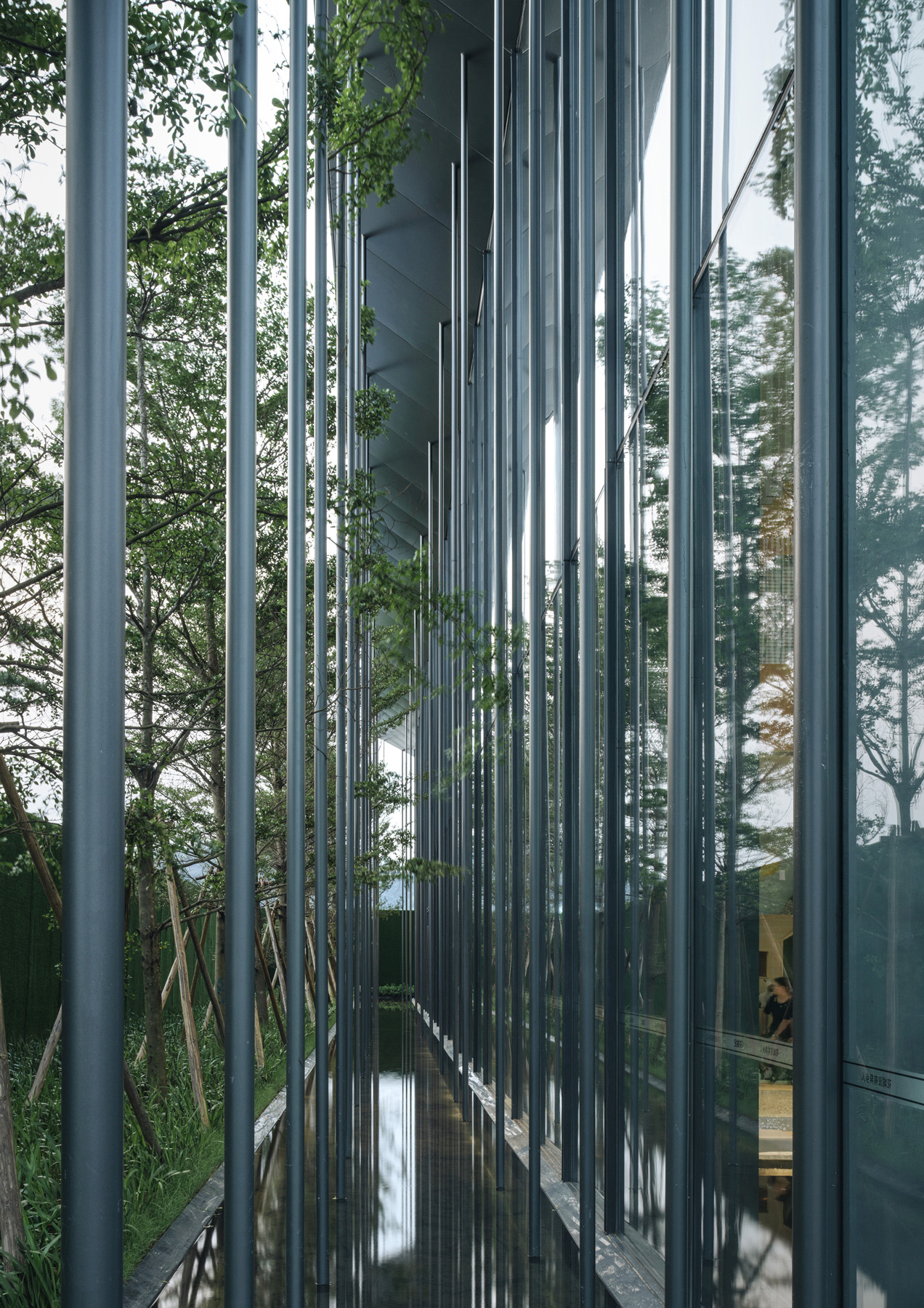 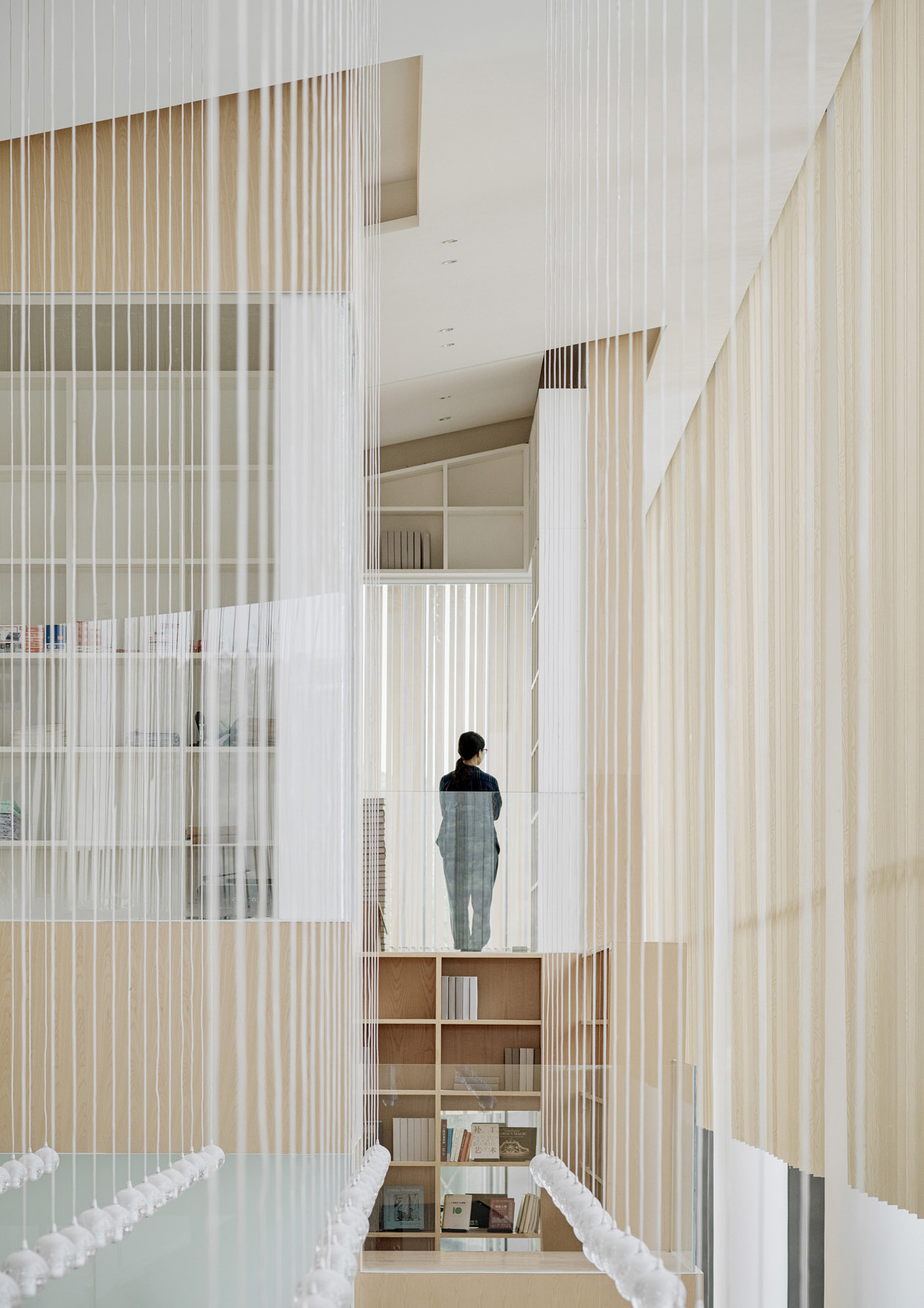 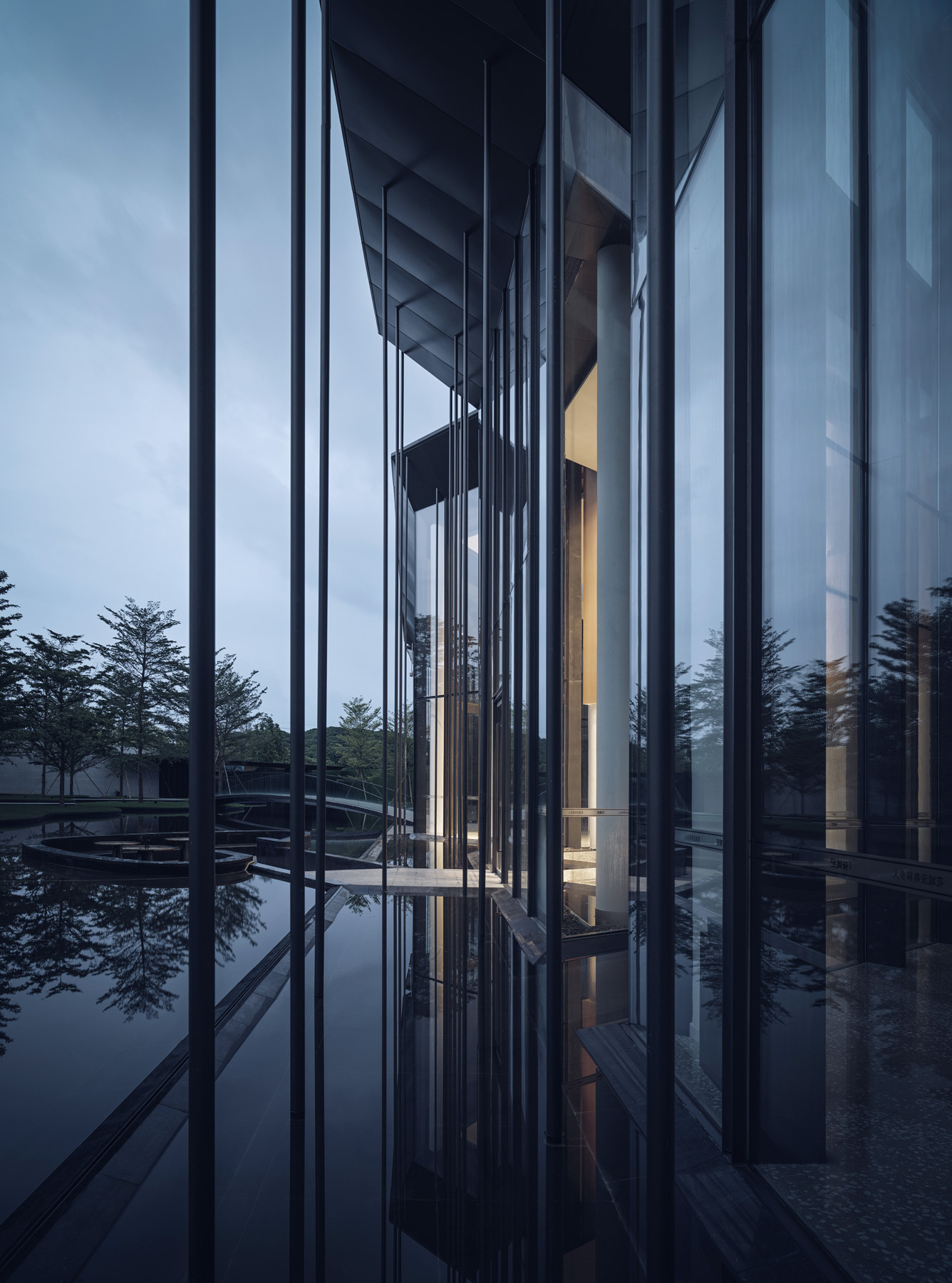 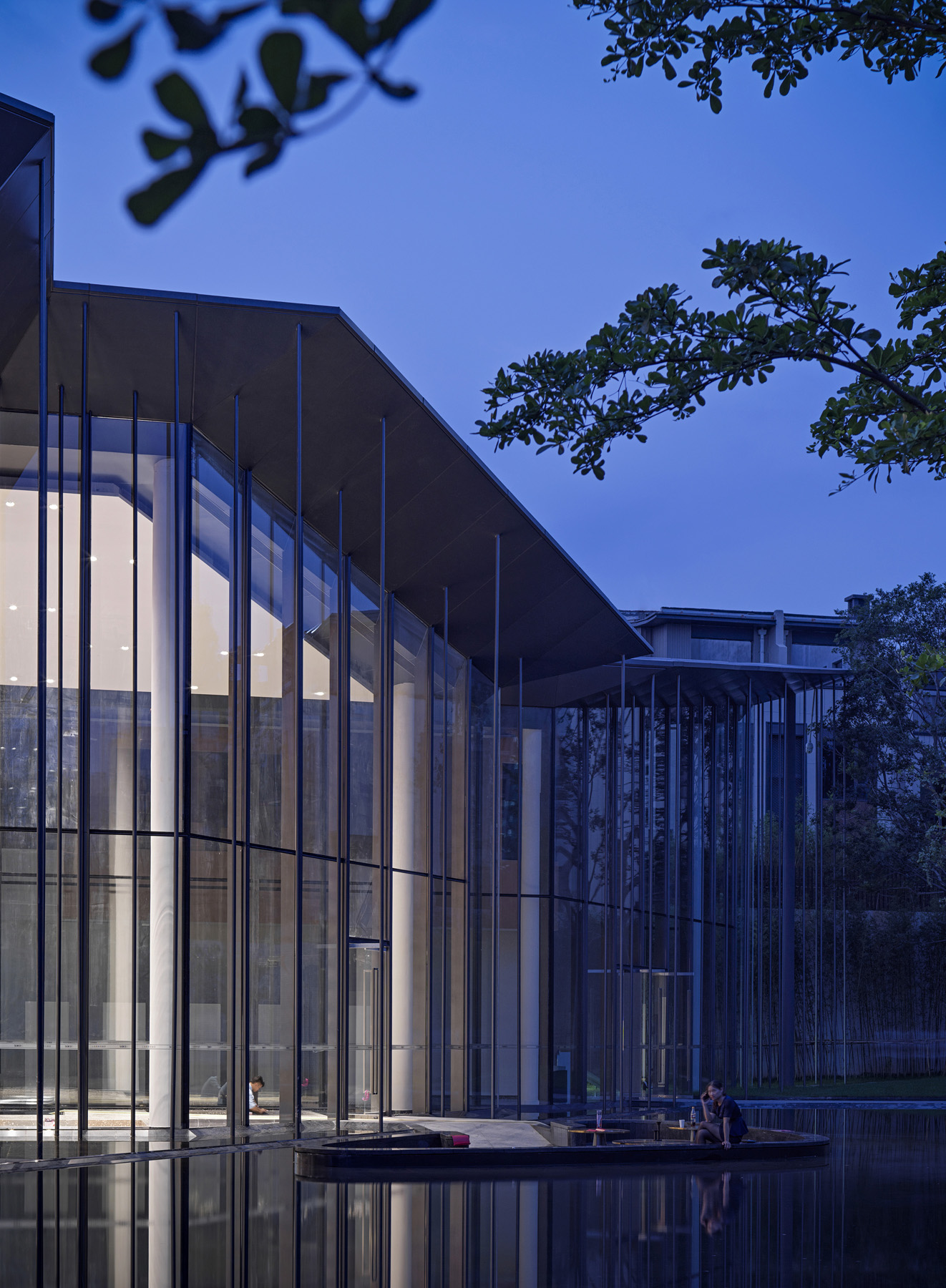 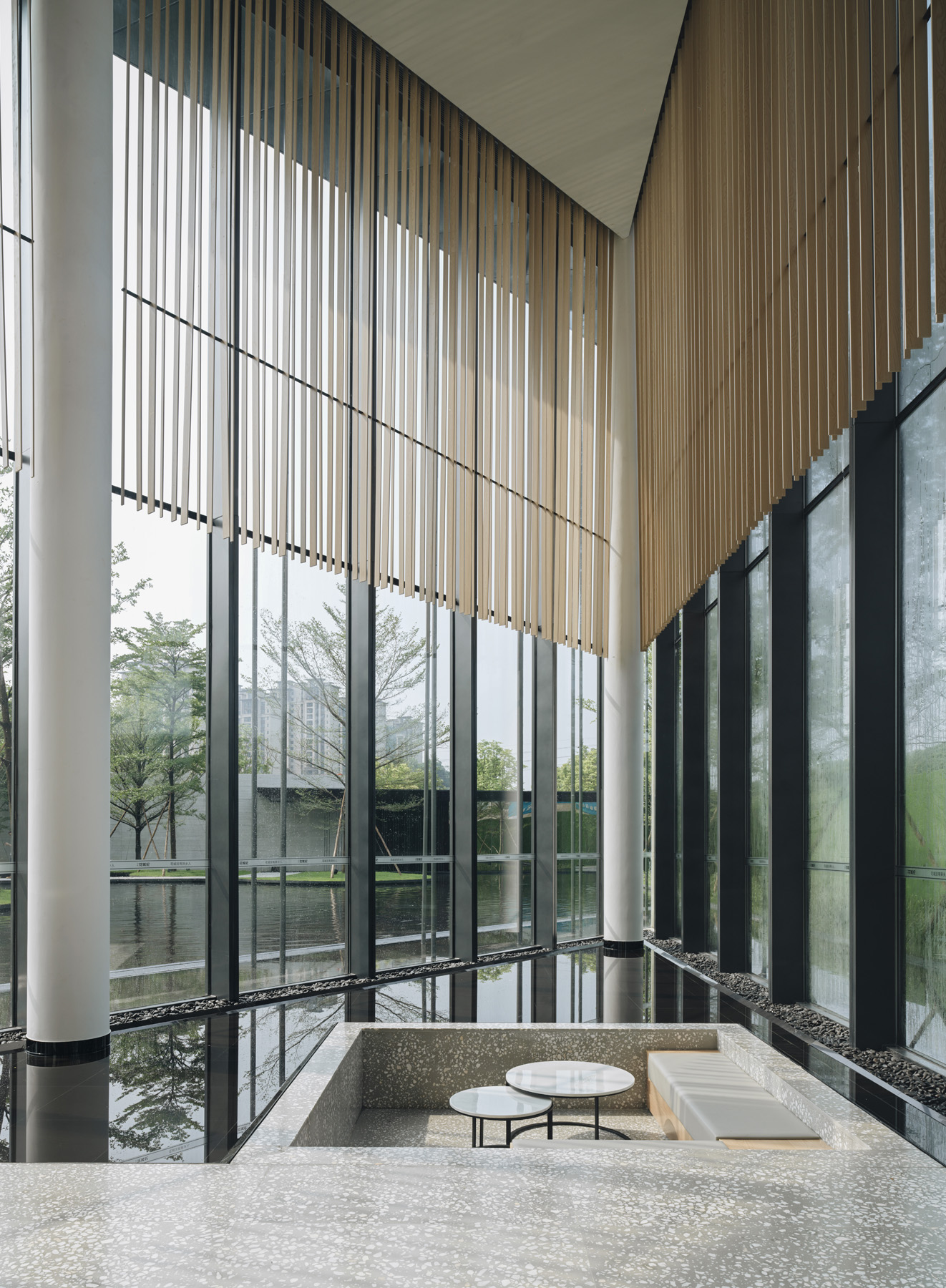 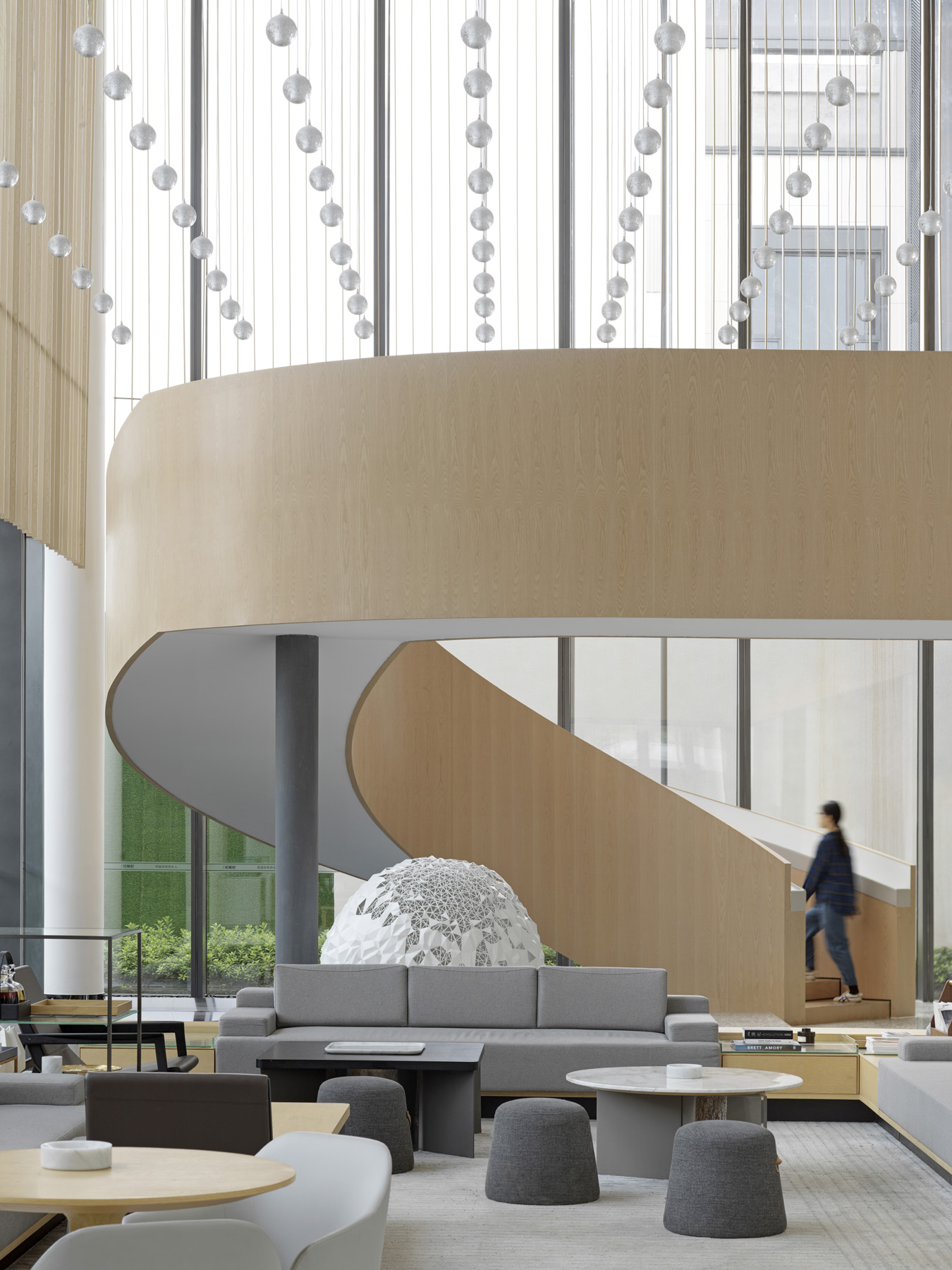 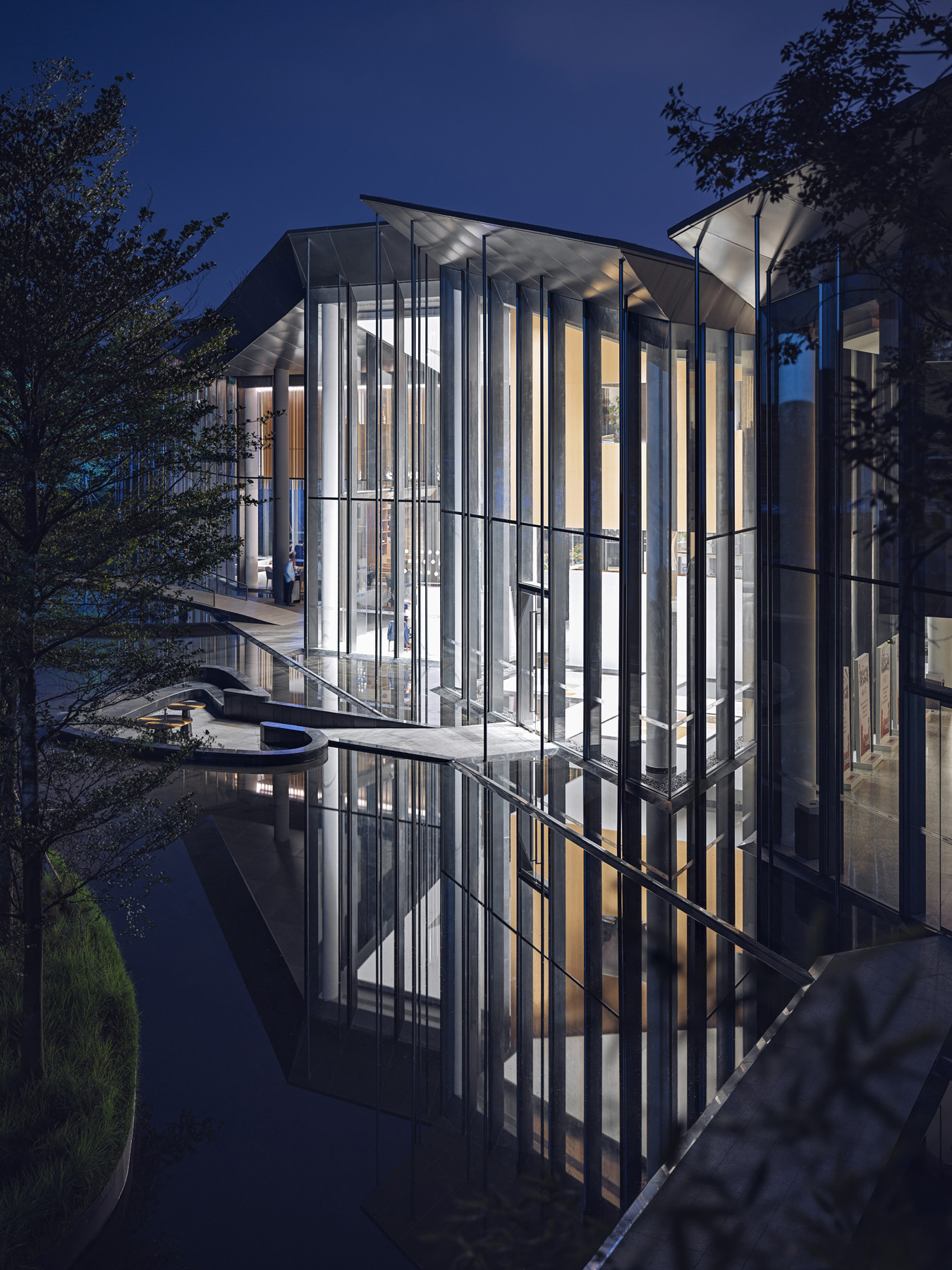 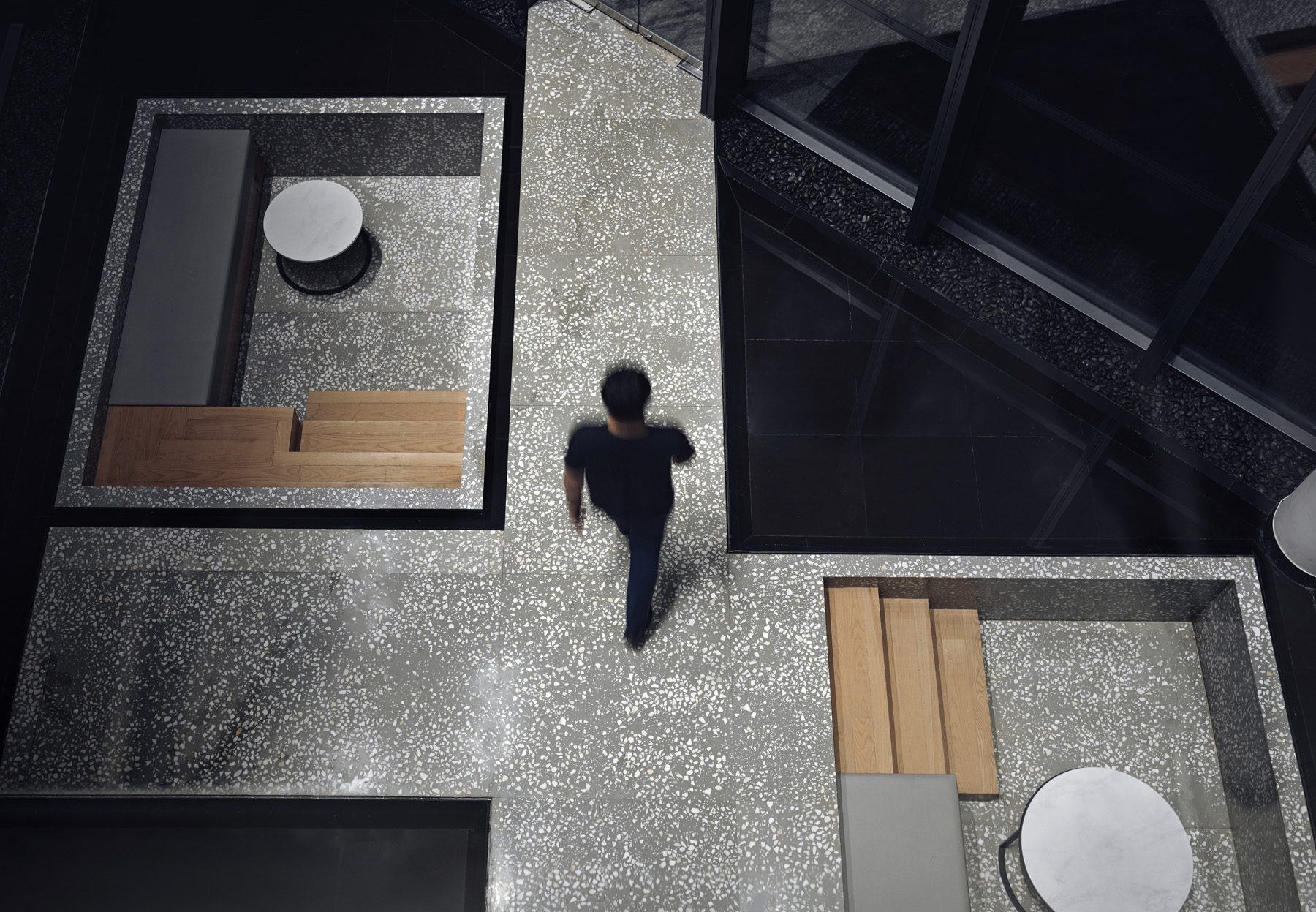 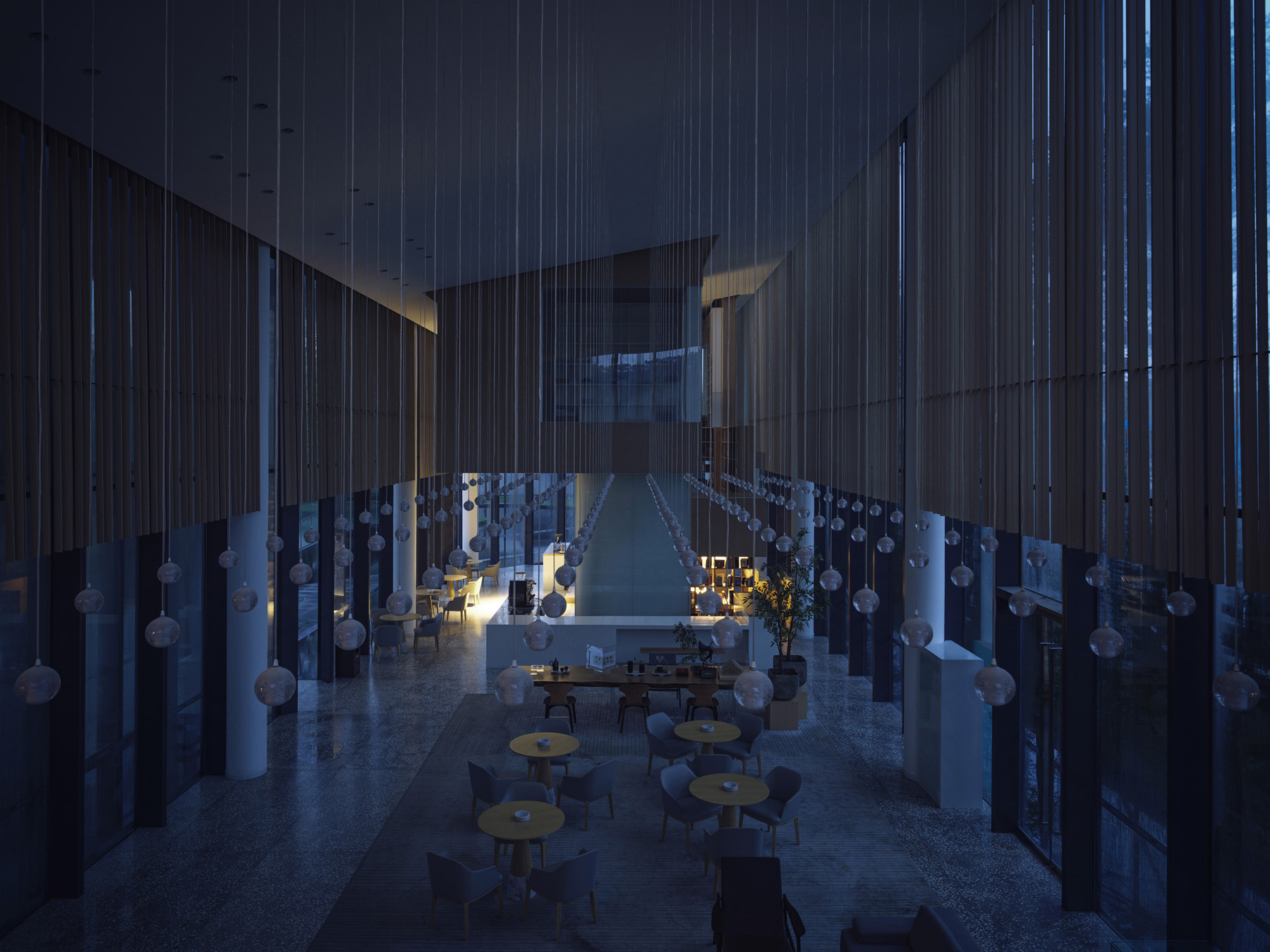